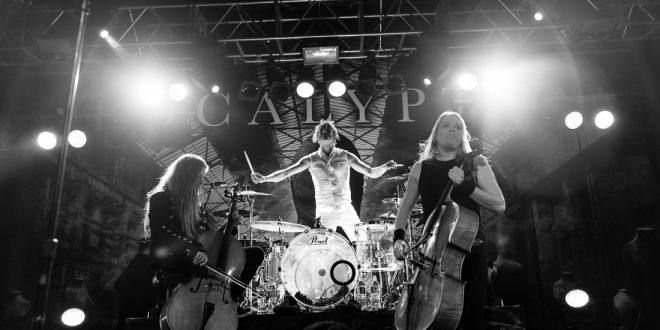 On May 10, 1996 Finnish Rockers, APOCALYPTICA, released their epic debut PLAYS METALLICA BY FOUR CELLOS. The instrumental cello-driven rock opus changed the landscape of heavy music for years to come. To celebrate the 20th Anniversary of the album, the group re-released it remastered with 3 bonus tracks on July 22, 2016.

Added to this new version was brand new / never-before-released instrumental recordings of “Battery,” “Nothing Else Matters” and “Seek & Destroy.” The album is available on vinyl (2 LP set) for the first time in many years.

PLAYS METALLICA BY FOUR CELLOS was a new approach to the hits of the biggest metal band the world has seen. Even more APOCALYPTICA created their very own genre and laid the foundation to a career that has lasted for 20 years so far with millions of records sold and sold out shows around the world.

APOCALYPTICA did a limited run of dates in the US in 2016 but is returning to tour North America in major markets to do ‘a night with’ dates in support of this particular release this fall. This will be the first time the band will play in support of this record ever – they did not tour behind it when it first came out.