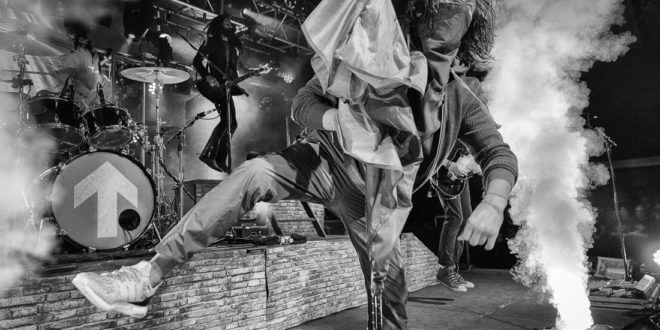 Fans at the show experienced a fantastic show and got to witness songs that Pop Evil has not played in nearly a year. Purple was in fact one of those songs, which brought the crowd to its feets and they sang along word for word. Other highlights of the night included a superb version of Beautiful, which was sang by Leigh with Hayley on keyboards. If that wasn’t enough, Leigh brought the house down with the encore when he jumped over the rustic barricade into the crowd and sang Take It All. Don’t miss Pop Evil if they’re in your area, their headline shows are always a real treat.

For more information on Pop Evil: