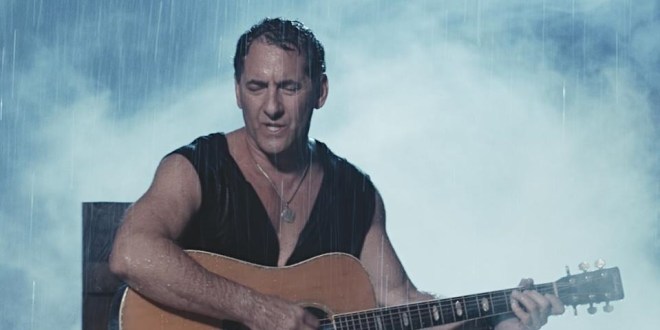 The musical journey of singer-songwriter Steven J. Vertun is a fine one to behold. As a 5-year-old, Vertun’s behavioral difficulties had his parents strapped for solutions. Eventually, an accordion proved to be—among all descriptors—instrumental. While it did little in providing Vertun tranquility, it ultimately fostered a musical proclivity that transitioned well into adolescence. By age 15, Vertun’s shift to the six-string opened a wealth of opportunity. His rapport with fellow musicians sparked collaboration despite only knowing a handful of chords. From there, momentum would gradually solidify through the next two decades, beginning with his first band, Attic, and peaking with Eye Savant, his most acclaimed tenure.

In recent matters, Vertun kicked off 2017 with his debut solo album, Ghost, Shadow and Sun. Not far removed from the schematics of Eye Savant, the album maintains equal levels of poignancy and diversity. I am instantly drawn in by how its production values don’t take the obligatory route of total compression. That is, each element is utilized clearly with variant degrees of presence. The intro on the opener, “Radio” is therefore patient in its buildup, exerting exceptional power without being too in your face. What’s gradually unraveling is a balanced mix of classic rock and alternative. Lean, mean grunge riffing sears through the foreground, the bass enhancing impact, all the while a bluesy, slightly reverb-tinged lead grazes in the back. From hearing Vertun’s vocal tonality, time has certainly affected his voice. Fortunately, this does not detract from the subdued, yet melodic backbone by which it is being bolstered. Once the chorus hits, a burst of sweet, psychedelic-infused power pop harmonies catches me by complete surprise. I’d equate this experience to the flame of radio being newly reinvigorated— resurrected from the dead, insinuating that tried and true methods of exposure still stand. Keeping the momentum is “Stone Ride,” another up-tempo number emphasizing fiery leads and a strong backbeat. Thematically, love is viewed from a double-sided perspective—a grounded, healing form of salvation from the direst of times, and a mysterious, fickle pull emitting mere infatuation. There’s a plenty lucid showcase of feel-good vibes from cleaner melodies, as well as the vocals leading to the chorus. Not so much lacking heaviness, but simply taking more of a backseat to implement those softer elements. Eventually, it returns full-force in a fluid, raging guitar solo. Through a thematic continuation, “Confidence and Innocence” is full of regret, Vertun faced with a bleak reality amidst investing his full heart. The predominant acoustic nature of the song blends well into his vocals, each buildup signifying confidence regained. It’s a very left-of-the-dial nostalgia that emanates from the guitar tone, faint, but reassuring backing vocals completing that sentiment. I could relate with the placement of subsequent tracks, “Ready To Go” and the carrier single “Ghost”. Both tracks effectively represent the transition from the mustering of guts to having one’s self esteem all but deflated. Whereas “Ready To Go” showcases a kind of revitalized emotional control with lighthearted tinges, the latter track expounds on how that courage is newly torn. Even so, the signs of a rekindling connection are now seen as empty—an ongoing enigma patched by false light and hope. The song’s ballad style therefore works particularly well in the context of the album’s midpoint. “Drive,” being a direct expounding of this damage done, revamps the heavy factor as well as the momentum. By this point, it’s established that Vertun has a knack for making his choruses count. The uniqueness of his tonality, in addition to how it translates harmony-wise is something he can fully pull off. Considering just the chorus alone, the vibe seamlessly transforms from angst-ridden grunge to sunny powerpop while sustaining the character of the theme.

On the latter part of the album, “Anyway” sets in the notion of inevitability. Regardless whether the outcome for the relationship is negative or positive, faithfulness—even if blind—remains the same. Structurally, the song’s acoustic leanings offset their conventionally overdriven layering, although both styles still pair efficiently. There’s a solid breakdown toward the second portion of the song, maintaining a vision of light as if to not yet admit defeat. “Some Kind of Reason” marks a deeper look into this newly revamped mindset. Vertun recalls the insincerity in his partners normally gratifying actions, given by how frequently she’d leave him behind. A gesture to make amends is often offered, yet, in the ultimate context of the song, never returned. Further. the part funk, part hard-edged structures leave sufficient air with in the track, and seem to provide an interpretation of continual internal strain. By the penultimate, “Stay,” Vertun’s hold on their connection is firm, although still exhibiting undoubtful tension. On a positive note, the hook factor of the song is immense. I felt its main chord progression had just the right amount of pacing and melody implemented within the notes, which elevated the natural nuances in the vocals. I can envision this song as part of a movie soundtrack, specifically emphasizing the extent to which a rift is emphasized. For the final track, “Big Blue Sky,” Vertun makes note of his resulting emotional state, admitting that he had gone numb—neither being receptive, nor assertive. A largely metal aesthetic creates the song’s energy, simulating a retreat much further away from his past and begin anew. However, instead of departing on a bitter note, he chooses forgive his partner, acknowledging the purity that resounds beyond her superficial darkness.

Overall, Ghost, Shadow and Sun marks a wholly natural progression from Eye Savant into solo material. An extensive variety of grunge, heavy metal and powerpop is heartily crafted into one pertinent, human tale. Its songs are instantly engaging, Vertun’s delivery pushing their sonic and thematic depth toward maximum potential. Call it a comeback, or simply an expounding of musical growth, Steven J. Vertun needs to be heard.

I come from a family who is passionate about all things music. I learned to sing at an early age, and by 13, had my very own Fender Strat guitar. I tried my hardest at learning all that I could. Because I was born with cerebral palsy, I had to teach myself an adaptive playing style. I learned to write and record my own music, despite these difficulties. In college, I started making great use of my writing abilities by reviewing music, as well as copy editing. I guess it's best to stick with what you know, while welcoming a fair challenge at the same time.
Previous Interview with Bry in Edinburgh, 12.02.17
Next Gallery: Paper Route at Delmar Hall in St. Louis, MO on 2.11.17