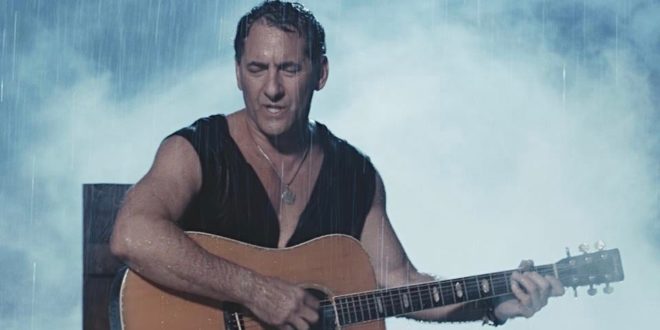 Many years ago I lost my son, Alexander. He was 4 ½ years old. It was as indescribable time as you can imagine it would be. He was a wonderful, kind little human being on every imaginable level and I loved him more than I could ever fathom to articulate.

There were many years of shadow that followed in the wake of his passing. It took a very long time, years, for me to find any semblance of balance or internal peace. The storms raged internally and non-stop as I tried to find some kind of universal parity or clarity. And still, there were the other children, a wife, a business that needed to be attended to and navigated as the storm raged on.

Ghost, Shadow and Sun as an entire body of work has been the result of a more reflective view, years later. The songs were inspired and written covering an array of my deep personal experiences and my attempt to place these songs in the context of our collective human experience so that the listener can relate the songs to their own journey.

This brings us to the song/Video “Ghost”. While I was never able to find equitable answers to my universal questioning, there were some truths that I found along that hard traveled road. The most important being that when we lose someone that we love, whether a child, or a parent, a family member, friend or a even a pet, grief can be paramount and consuming. In the moment and for however long it lasts, it tends to be all-encompassing and comprehensive. For how long and the depth of it is dependent on many diverse variables, unique to every individual person and situation. Two other truths that I found; there are no magical words that will change the way someone feels when they are grieving or parables that can take the pain away. Words provide brief respite, well wishes provide some comfort, however answers as to the grand “why” are elusive and out of our worldly domain. The other truth that I came to realize was that true grieving is only resolved over time and distance from the loss, it is a process. It is about finding acceptance as opposed to answers… that is when and where the grief begins to ebb.

Ghost was written just as I was starting to find my own initial levels of acceptance, five years after Alexander’s passing. It was formally recorded a few years later. A few months ago I experienced a steady sequence of people that had recently lost loved ones, humans and pets both. They were flying on to my radar at rapid pace. For years, on the basis of my own experience, I had gone to essentially counseling people that… “I have no words that will change or stop your current feelings of loss and grief, however, I want you to know and hold close that over time these feelings will evolve and dissipate and there will be light”. I have found that this council has brought more comfort than any others condolences I had articulated in years prior to my own experience. During this recent short burst of losses, that emotional heaviness that I used to feel started flowing back in. I began meditating and praying it away. I began thinking that nobody escapes these occurrences and how can you message to people to wait it out with the understanding that there is an endpoint to grief. That lead to the idea of placing the message of “Ghost” in a format that could, hopefully, accomplish that outcome on a larger scale than just responding to folks that came across my own radar. The way out of the heaviness that was starting to make a re-visit in my heart was to do something positive to balance it out. And “Ghost” video was inspired.

That is the entire purpose of the video. To send a message of hope and light for anyone going through the internal storm of loss. – Steven J Vertun

Born and raised in the NY/NJ region of the US, a “behaviorally challenging” 5-year-old is presented with the choice of choosing any instrument he’d like to learn to play as the latest volley from an exhaustive list of attempts to “get him under control”. Said chaotic child picks the accordion because he likes the complexity of all the buttons, knobs and keys. Kid learns the keys; the “sedating” thing fails spectacularly. Music creation and playing does become his very best friend however and highly contributes towards keeping him out of prison and remaining vertical during his formative years.

Steve switched to guitar at the age of fifteen. Upon having a grand total of five chords under his belt, he started his first band, Attic (the band rehearsed in the loft of an old barn). Over the next several years, he and his mates worked on their chops and played out whenever and wherever they could find a few electrical outlets…the drinking age of 21 limiting opportunities but inspiring creative gigs and venues. Two weeks after graduating college, he loaded up his rusty old VW bug with a couple of beat up guitars, an old Fender Twin Reverb Amp, a sack (literally) of clothes, $731 of cash and blindly traveled to Orange County, California, having never been out of the tri-state area prior to this journey. Once there, he started the band Sparrow (culled from a wild sparrow he raised for 8 years) which trans-morphed into the alternative rock band Eye Savant for 18 years. Eye Savant established a large, OC based following over the years, playing frequently at the best venues in the area and occasionally venturing up to LA as well. They opened for many well-known artists such as Jeff Beck, Great White, Stan Ridgeway, Molly Hatchett and several others while frequently headlining their own shows. Eye Savant disbanded in 2002 when two of the members moved to different parts of the country. Steve opted to continue on as a solo performer, bringing in a variety of excellent musicians as needed for recording puposes.

Steve has been crafting original rock material exclusively since he picked up his first guitar (actually since his first day on the accordion). His music is a blend of 70’s, 80’s, 90’s and 2000’s influenced alternative rock, progressing over the years but carrying forward the roots of each generation of music and adding to the next. The wide range of explorations covers acoustic ballads to medium paced excursions to high energy, wall of sound big bangs. Some of the bands he notes as being highly influential are Springsteen, Pink Floyd, The Doors, Rush, U2, Live, LifeHouse, Foo Fighters, Switchfoot, Snow Patrol, Imagine Dragons and others. Does he sound specifically like any of the above influences? His response, “I don’t believe so. What I do know is that the music of these outstanding artists and others (inclusive of classical, Blues, and World Music), drop into this wide-open filter of my mind, mingle with my personal experiences, travel through the internal grist mill and come out in whatever manner and form that they do. Everyone will hear it in their own measure and how they personally relate the music and lyrics to their own unique experiences”.

In November of 2016, Steve completed his first music video to coincide with his latest CD release Ghost, Shadow and Sun. The video is tethered to the song “Ghost” from the new cd. It is an artistic, emotionally moving message piece based on the concepts of grief and redemption. The video premiered on www.antiheromagazine.com on January 13th, 2017 and is available on I-tunes. The entire CD will be available on the same sites on February 3rd, 2017 and will be available for purchase on I-tunes, CDbaby.com and most major music e-sites.

A minimum of 30% of all music sales revenues will be donated to a variety of organizations including St. Judes Hospital and Wounded Warriors. 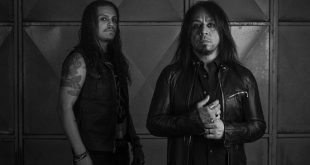