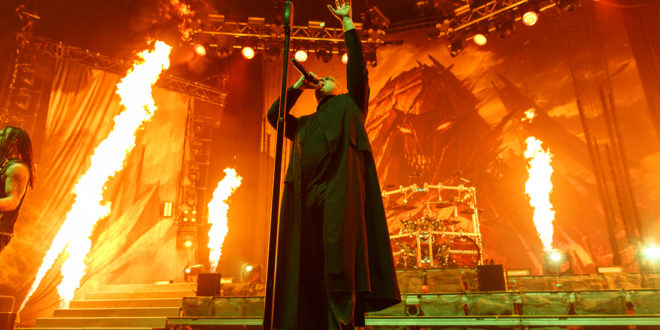 Disturbed puts on such a fantastic live show, which is one of the best in the business. Every single time and I mean every single time, the guys in Disturbed give nothing but 110%. The performance is always spot on, not missing a note for anything. Listening to them on CD is one thing, but they are a band that sounds better live. The sound at a Disturbed show is not too loud, well balanced and is perfectly mixed. Atlantic City was put fire by Disturbed and any other band playing Boardwalk Hall in Atlantic City, NJ will have a hard time putting the fire out.

One of the highlights of the show was standing on the floor, watching Inside The Fire. As I stood amongst fellow Disturbed fans, we watched the stage become engulfed in flames. Somehow no one on stage caught on fire and yet they play like stage isn’t on fire. Jumping around in all directions. From side to side, top to bottom. You name it. The heat of the fire on stage came at the audience in full force, which is one reason why Disturbed’s concerts are so unique. You will not experience this at any other rock show.

We can’t forget about one of Disturbed’s most popular singles, if not the most popular single that they’ve ever had. It’s a fan favorite for sure and the single that I’m talking about is The Sound Of Silence. This is a perfect example of where a band takes a song and redoes it in a way that no one ever thought would be humanly possible. Hairs on my arms stood up for this song. Disturbed plays this song live with a string section and all. Watching this performance live clearly displays why David Draiman is regarded as one of the top vocalists in today’s rock n’ roll industry.

Disturbed is out on the road now with several shows left in the United States, before heading across the globe to nearly every corner of the world. Check out tour dates below.

Resident Music and Photography addict from Northern, New Jersey.. USA. Got into both music and photography at a young age.. it's been history since!
@billtnj
Previous Gallery: Steel Panther at Manchester Arena 18.10.2016
Next Night Riots Reveal “Nothing Personal” Music Video 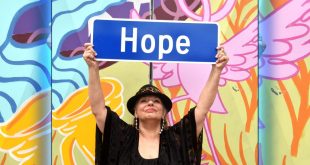