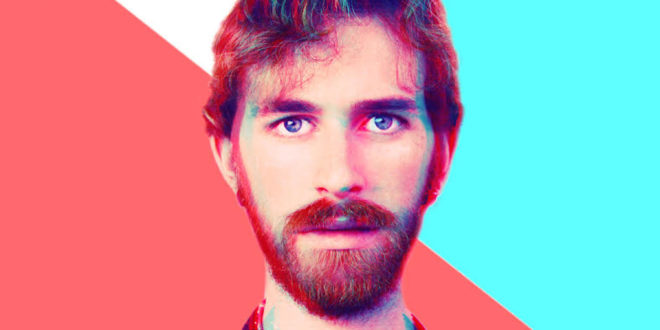 For his debut single, synthpop artist Feyer delivers with the creative “I Just Don’t Know.” Before this track’s release, Feyer has mainly focused on various covers including the likes of John Lennon and David Bowie, and while Feyer admittedly did a nice job of producing these renditions, it is undoubtedly pleasing to see him begin to put out his original material. At the moment, Feyer has a smaller range of work that is currently available, though this debut track will likely make those who hear it hungry for more.

“I Just Don’t Know” kicks off with a heavy dose of synthy pop sugar that will likely let listeners know right away whether or not Feyer’s style will fall into their realm of pleasure. The track is unabashedly colorful and doesn’t appear to be concerned with being too over the top in its character.The synth work is bright and poppy, and the layered instrumentals are playful. It’s a fun listen but the sugary nature at the beginning will probably not be for everyone. When Feyer jumps in with his vocals though, that’s where he’ll likely hook listeners back in. Feyer possesses a smooth yet unassumingly powerful voice. Feyer makes a strong impression on his track, using the glittery instrumentals to combat his more mellow pop voice. It’s a nice mixture of experimental instrumentation being paired with more realistic vocals and lyrics.

“I Just Don’t Know” is an amusing experience though if listeners aren’t already fond of the more energetic brand of synthpop, then this single probably won’t be for them. Feyer does a good job of creating his work, though the glistening production will likely make certain listeners shy away. Nonetheless, those who already enjoy a splash of synthpop should find this track to be enjoyable. Feyer gives everyone a taste for what he has to offer as an artist and that first experience definitely left a prominent mark. Now that we’ve had our first exposure to Feyer, it would be great to see him continue to follow this path and reveal even more about himself through his music. Feyer comes across as an interesting persona and it would be nice to see him express more of his personal traits in his future work, such as he did here.

This track offers a first glance into the unique musicianship of Feyer. “I Just Don’t Know” is a distinctly fun track that is an impressive beginning to Feyer’s career. With a well-constructed piece of pop in his first single, it will be interesting to see what Feyer can do with a longer project which will reveal even more of his personality both as an artist and as a person. Until then, here’s hoping that Feyer continues to tide fans over with his animated singles.