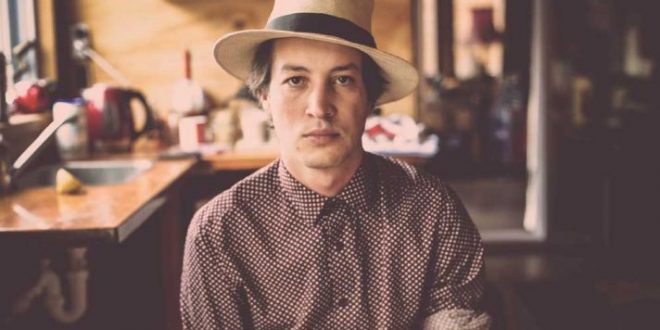 An album start to finish with no skipworthy songs is hard to come by, even more so when it’s a debut record. But Marlon Williams self titled album is magnificent all the way through, dabbling in country, doo wop, folk, and alternative. Williams showcases with each track that he is an artist everybody should be listening to.

The LP starts off with “Hello Miss Lonesome” which perfectly conveys the dark tone of the album. It’s a fast paced old fashioned styled country song with a nonstop energetic ride thanks to the quick instrumentation and Williams captivating delivery. The acoustic guitar work is insanely good, and even though Williams spurts out words at a lightning speed one can still hear the mournfulness in his voice, especially when paired with clever, truthful, lyrics such as “Miss Lonesome’s in the eyes of most everyone you meet.” It is definitely a throwback to vintage country, and Williams shows that he is very well versed in the genre, a grand story told in a very short time. And telling stories is something Williams excels at.

Case in point “Strange Things” starts off with the lyrics “I lost my wife in 1989 to a certain undetectable cancer.” It’s a doozy of a song whether or not Williams is speaking of personal experiences or has just created a fictional tale. But the thing is it doesn’t matter because Williams conveys such an honest portrayal of the story which also strongly boasts an eerie atmosphere both in lyrics “I hear strange things creeping in the night/I have strange dreams in the bed where Lucy died” and the haunting vocals that are reminiscent of Elvis Presley’s “Blue Moon.” It’s almost impossible not to get chills when listening to the song, especially with its spooky background vocals and it’s such a distinct tune on the album in its execution that it makes it one of the standout tracks, sad and slightly unearthly.

“I’m Lost Without You,” has a complete retro 50s-60s vibe which has shades of The Moody Blues to it. Williams voice is rich as always, a mix between Elvis and Roy Orbison, which helps bring the song alive. The instrumentation itself is gorgeous, strings adding a fullness to the tune and making it an epic sweeping song that could honestly be mistaken for a genuine tune from the 50s or 60s. The lyrics help feed into that sound “what can I do?/where can I go without you love?” Williams sings which is very much in line with the throwback sound, but there are also some modern lyrics “if you break my heart again I’ll just hate you/hate you with every beat of my heart.” These honest words help propel the song into 2016, and it’s one of the best and most memorable tracks on the entire album.

“Dark Child,” is another chance for Williams to exercise his storytelling skills as he mournfully tells listeners about a son that loses his way and ultimately takes a very dark turn. It starts off slow building “my little blond hair blue eyed boy/one day you’ll grow up and reject everything I’ve set out for you” and ends with “I always hoped I’d never have to bury a child.” Williams voice is at its peak here, reaching up into a higher register at points to make certain lines stand out more. There’s also a bit of a crooner aspect here especially as the song builds and builds up to one glorious chorus where Williams lets go and gives it his all, letting his emotions be on display for all listeners. It’s soulful and melancholy in the best way and is the one song this reviewer finds herself revisiting time and time again.

If you’re looking for something new and refreshing and aren’t afraid to get a little dark, check out Marlon Williams and discover what you didn’t know was missing from your life.