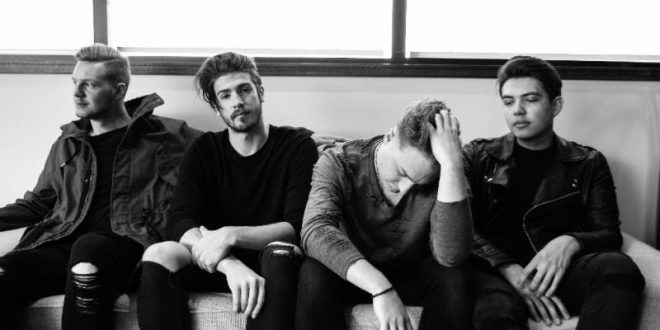 This unique blend has helped fuel the band’s early success, as its first show was played on the LoudWire Music Festival’s main stage and its viral cover of Taylor Swift’s “Black Space” is nearing 1.1 million views on YouTube. Such accomplishments have set expectations high for Doubt, and the EP does not disappoint.

The release opens with “Shiver,” easily the hardest hitting of the six tracks. The atmosphere of the song itself is mysterious as a sample floats in and out of the beginning, while Chris Gibbons croons a couple of quick lines. The intensity picks up midway through as Gibbons’ voice takes on a raw edge backed with tight guitar riffs.

While The CMDWN’s lyricism does not make it difficult to pick up on the sexual nature of the track—take “Now I find myself in between your thighs” and “I can feed your appetite / If only for tonight” as examples—the track is undeniably catchy.

“Ro$es” marks another track worth noting for its inclusion of both rapping and electronic elements. The next track, “Feelin’ It” is also quite an interesting listen as Gibbons’ high notes are slightly reminiscent of Justin Timberlake. While these two tracks are certainly good, pieces of them do sound familiar in a way that goes against the band’s potential for originality.

“Black Bile” and “For the Last Time” return to the harder edge of the first track, a sound where The CMDWN truly shines.

With a fresh sound that is not too far left of mainstream tastes, it would not be surprising for The CMDWN to begin amassing a large following and receiving radio play. And if the success of fellow genre-bending bands (like Linkin Park) is any indication, the band has a promising future ahead.