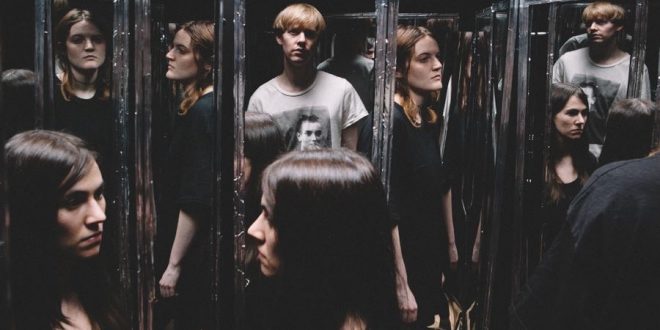 Envision a time when the alternative was huge, local scenes were all the buzz, and music television still mattered. Now take those concepts and solidify them into a band. How about one that combines indie pop, sludgy grunge, witty lyricisms and a down to earth appeal, topped by an assiduous do-it-yourself ethic?

Luckily, all of that comprises Total Slacker, a New York City trio whose Gen X-inspired sound rings with authenticity. Since 2010, front man Tucker Rountree (vocals, guitar), bassist Lydia Gammill and drummer Mattie Siegal have maintained that craft. And while the signature slimegaze of the previous album has taken quite the turn, it is only for the better.

The extent is such that on their latest album, Parallels, the stylistic blemishes have been ironed out, giving its presentation greater consistency and a much wider appeal. At the same time, the band’s name assumes an alternate meaning. Besides conveying a state of underproductivity, but rather one of profound thought. That involves taking a step back and recognizing correlations throughout life that, even if seemingly complex, provide strong closure and ultimate emotional growth.

Opening with “Turn On the Lights,” the band channels semblances of power pop legends The Posies, both in guitar and vocal tone. Rountree’s saturated riffs are bundled in fuzz, all the while his vocals chime in through a bright chorusing effect. I found the song’s message encouraging – a thoughtful push in getting through a dark slump. It’s as if sayIng that a system of trust is always in place, and that one’s tenacity will pay off in the end. “Vision” starts with grinding, dissonant feedback although continues with an unexpectedly melodic, post-punk structure. The heaviness is implemented sparsely–within the lead melodies and latter portion of the chorus–although it still shines. Like the previous song, there’s an underlying theme of seeing through the worst of circumstances while acknowledging their detrimental extent. By the third track, “Community College Hero,” I found myself further appreciating the band’s pop sensibilities. From the searing lead melody in the intro to the anthemic chorus, it will definitely be well-received come the album’s release. To an extent, perhaps it’d even make a strong follow-up single. The post-community college experience Frontree describes, although stereotyped and exaggerated, holds some truth. Whether one’s means of employment comes in the form of ‘fast food jobs’ and ‘country club snobs’, it is inevitably restricted. And without financial solvency, ‘living on credit credit cards’ cements such futility. On the other hand, the last chorus, surprisingly holds deeper meaning. Simply taking out ‘tomorrow’ and singing “Where would you be?” frees from the notion of a dead end lifestyle, and suggests that one’s future path may also prove fulfilling. “Don’t Wanna Be Alone” may be heard as an expounding of the previous song. The independence aspect is again emphasized, particularly in seeking one’s own individual space to call home. I felt like verse’s chord sequence was akin to anxious pacing back and forth, while the chorus conveys the severity of the situation. But generally, the presentation is simple, straightforward, and pertinent nonetheless. In terms of immediate choice for the second single, “Olympus Hills” works, and understandably so. Its melody is more directly accentuated, resembling REM’s initial jangle pop/punk era. The lyrics are still poignant, even if broader, and keep with the theme of paths getting gradually smaller through numerous tribulations.

Capping the midpoint of the album, “Telephone Your Soul” is especially involved. It is by far the heaviest and longest of the tracks, clocking in at 7:25. From the pacing of the chords and vocals, I could envision the body and mind drifting further apart. Even the title of the song had me deep in thought. On the surface, it portrays the extent of the person’s instability. They’re so far removed from reality to the point of trying to contact their soul, as if they would a living being. However, it can also be interpreted as an order: return to sanity or risk being vulnerable. There’s a certain quality to Rountree’s stationary vocal tone when blended against those riffs that makes it especially powerful. He wraps each chorus with “You’re naked like the rest of us,” implying that, regardless of our social standing, it’s normal that everyone exhibits that same vulnerability. I like the solo work midway through the song. It may seem a bit too prominent during its progression at times, but is all the more well-constructed, especially given its sludgy tonality. Some may consider this song one to drag the pace of the album, but to me, it stands out as one of the best. The rest of the album marks the release from this dark period, with a breadth of positive pop hooks. “Don’t Ever Fade Away” finds the person in love, particularly during the initial high. Eventually they are in a relationship, grounded enough to set a healthy sense of space (“Want It That Way”) as well as conflict (“Erased Your Number,” “Lost In Your Eyes”). By the final track, “Journeys Ahead,” they are back to being on their own, but with a newfound sense of self-trust. It’s essentially a reminder that their path still exists. Once the internal battle has conquered, one is prepared to continue pursuit of their destiny, now stronger and wiser than before.

Overall, Parallels sees drastic improvement in both stylistic and conceptual layout. Throughout the album, the presentation is exceptional, emphasizing the angst that Gen X and millennials share in the pursuit toward contentment. The pop hooks hold together well, while the heavier moments emit greater impact due to the album’s solid consistency. With the album release coming soon, Total Slacker is poised to have their message resonate on a global scale.

For more on Total Slacker:

I come from a family who is passionate about all things music. I learned to sing at an early age, and by 13, had my very own Fender Strat guitar. I tried my hardest at learning all that I could. Because I was born with cerebral palsy, I had to teach myself an adaptive playing style. I learned to write and record my own music, despite these difficulties. In college, I started making great use of my writing abilities by reviewing music, as well as copy editing. I guess it's best to stick with what you know, while welcoming a fair challenge at the same time.
Previous Gallery: Chevelle at The Stone Pony Summer Stage in Asbury Park, NJ 08.05.16
Next Gallery: Slipknot at Hollywood Casino Amphitheatre in St. Louis, MO on 8.4.16 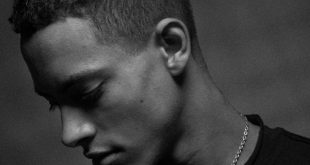 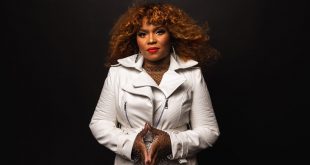