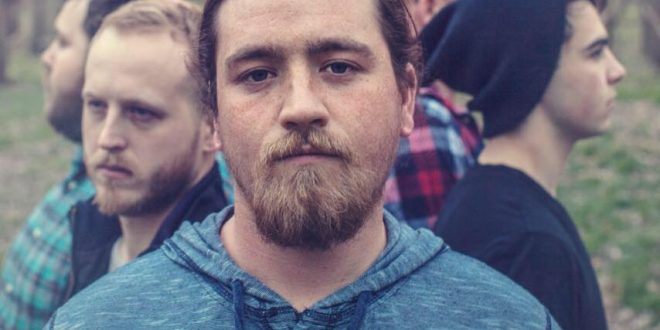 One of the year’s best sleeper releases comes from The Invisible World, a four piece alternative rock outfit with some surprising influences thrown into the mix, hailing from Kansas City, Missouri. We typically think of heartland based rockers resembling performers, in appearance and sound, like John Mellencamp or even Bob Seger. The Invisible World, however, take their cues from different sources and eras. This superbly recorded effort will surprise listeners with its folky turns, crunching guitar rock, pop leanings, and even a healthy dose of Euro-themed art rock seeping into their sonic palette. Their second EP release, Color / Echo, might remind some more high minded listeners of the painterly approach singers and songwriters can sometimes take to their work. There are no immediate payoffs in the songs on this EP, despite their short length. Instead, The Invisible World build their songs around much smaller effects adding up to a greater whole.

This is seldom more apparent than on the first track and title song. The Invisible World’s song “Color / Echo” is a musically and lyrically weighty outing aiming to impress from its first notes onward. The band’s lyrics aren’t supposed to be confused with printed poetry put to an arrangement, but it is clear that this isn’t your average lament of loss and alienation. The Invisible World concern themselves with existential questions here and give their musings an appropriately stormy sonic backdrop awash in crashing guitars and thunderous drumming. “Bellamy” darts racing out of the gate and this straight ahead guitar powered rocker shares sonic similarities with the opener, but takes an otherwise different approach altogether. The song was likely demoed in acoustic form and that underpinning thankfully remains giving it more heft than it might otherwise possess. One of Color / Echo’s undisputed highlights is the dramatic guitar powerhouse “The Way”. Many of the vocal melodies on this EP are simply exceptional and this isn’t any different. Collins’ authoritative reading of the song likewise gives it even greater punch.

The band returns to a pop-oriented line of attack on the fast paced “Joliet”, but it’s a little more unpredictable than its similar brethren and shows the band’s musical diversity. Everything is built around guitar and melody in The Invisible World’s musical lexicon, but there’s an added ability to stretch in their arsenal that puts them over the top of similarly themed outfits. “Brick by Brick” is a perfect illustration of that idea. The band unplugs and leaves the electric guitars behind in favor of a bracingly direct, unadorned performance fueled by Collins and his guitar. The EP concludes with “Oughta Know”. The song bristles with much more surface attitude than the earlier numbers and it closes the release on a rousing note.

On first listen, The Invisible World might seem solid, but unexceptional to some. Color / Echo, despite its brief length, is not a release you will completely comprehend on first listen. Instead, it reveals itself to you after multiple runs through and shows itself to be one of the year’s most imaginative releases yet.