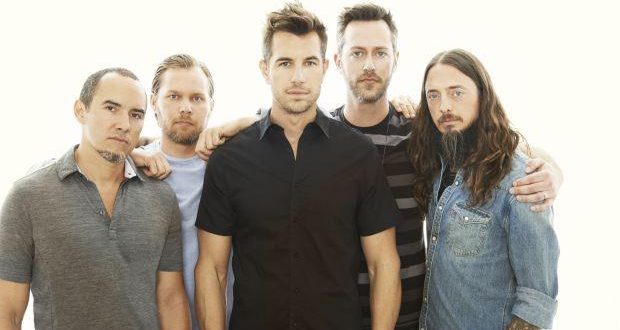 If there was ever a show meant for sipping cold beer while jamming to chill tunes, this was it. The moment had finally come to drive down to the shore and see 311 perform at The Stone Pony’s summer stage.

Celebrating their 26th year of performing—as stated by vocalist, guitarist, and founder, Nick Hexum—311 is a five-piece band formed in Nebraska. While they can be classified as a host of genres, 311’s music can best be described as a fusion of alternative rock, reggae, and hip hop. The music seems like it was made to groove to, regardless of the time or place.

For people within and above my age bracket (mid-to-late twenties), singles such as “Down,” “All Mixed Up,” and “Amber” stand out distinctly in memory. Part of this is due to the music videos that wound their way across MTV, while the rest is truly a testament to 311’s originality in terms of style.

Needless to say, I was excited as I made my way into the venue during alternative/reggae musician, Matisyahu’s second song of the night. My late arrival, of course, was due to a culmination of traffic delays, accidents, and mismanaged ID/security checkpoint lines at the venue. That being said, The Stone Pony itself was an excellent site for Friday night’s acts.

Located just off of the Asbury Park boardwalk in New Jersey, The Stone Pony is slightly iconic and known for helping launch household names such as Bruce Springsteen and Jon Bon Jovi. Given the season and the beautiful weather, concertgoers were able to unwind as they watched the sun set behind the stage and drank beverages provided by an eclectic group of bartenders.

Unfortunately, this mood was characterized by loud conversation and joking during the first portion of the evening (i.e., Matisyahu’s set). Although, it did not seem as though those who chose to talk were missing all that much in terms of a performance. Having seen Matisyahu play in the past, I was expecting a much more lively set than what we got. Rather, crowned by his man bun, Matisyahu seemed to lack the energy required to get the crowd going. Instead, he often stood off to the side and slightly swayed during his bits. He even had another musician—Mihali—carry the lead on a track or two.

If an opener is unable to stir the crowd, the least they can do is make the headliner shine. And that’s exactly what happened when 311 stormed the stage.

The band struck the crowd like a bolt of electricity, their charge palpable as it floated across the evening sky. In what felt like a heartbeat, the venue filled with fans jumping in time with the upbeat music’s drums. For every group of friends happily shouting the lyrics as the band went on, there was a couple romantically dancing to the music—in a way, demonstrating 311’s ability to bring people together.

This atmosphere was a testament to Hexum and the band’s other vocalist, SA Martinez’s charisma. The two played off one another’s talents exceptionally well, primarily done by moving in and out of view during the other’s moments. Something about the way Martinez bounded in amplified his energy as he spit out his verses. Hexum was then able to seamlessly build or relax this feeling based on the particular song at hand. The rest of the band—Tim Mahoney on lead guitar, Aaron “P-Nut” Mills on bass, and Chad Sexton on percussion—carried this momentum throughout their solos as well.

In terms of crowd favorites, everyone really seemed to eat up two of the singles listed above. For “All Mixed Up,” it felt like half of attendees helped crooned “You’ve got to trust your instinct / And let go of regret,” while the other half turned the chorus into an anthem. Alternately, “Amber” proved the slow moment of the set as attendees saluted the band with a mixture of lighters and cell phone screens. Other highlights include a drum performance, during which all members of the band played their own drum kits and tossed their drumsticks to one another, as well as a Daft Punk bass interlude.

If I had to list any drawbacks for Friday night’s show, I would have a half-hearted three. The first has to do with The Stone Pony’s outdoor stage, in that it would have been easier to see the band from all locations if the ground had the tiniest bit of a downward angle to it. Second, 311’s set did feel like it drew out to be a bit long. With that said, I can almost guarantee that waking up at 5:00 am for my day job definitely influenced this feeling, and that a longer set is generally a pro for longtime fans. Lastly, while it does not personally bother me, the “mysterious” haze accumulating throughout the night could be bothersome for a choice few.

While the show’s opener was a bit lackluster, 311’s performance was an exciting moment to share, and this reviewer would highly recommend catching them on one of their summer tour dates. 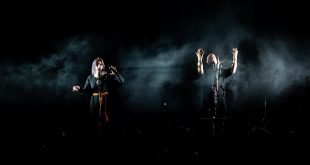