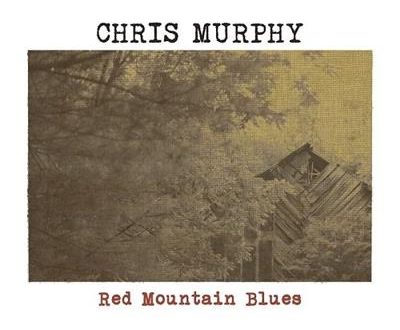 There isn’t any of the gritty rapscallion authenticity on a Chris Murphy album that bluegrass and folk aficionados might be used to from traditional recordings, but Murphy’s efforts in the Americana vein make up for the lack with an effortless charm that approximates tradition without ever wallowing in it. Murphy and his talented collaborators are obvious virtuosos on their chosen instruments, but they never go in for ostentatious displays of technical prowess instead of fleshing out the fourteen songs on his latest album, Red Mountain Blues, with the nuance and even-handedness they deserve. Streamlined production gives the album astonishing clarity and a warm, robust sound that gives each song equal weight without ever overloading the listener. Chris Murphy has been writing, recording, and performing for many years, but his latest effort is infused with the same inspiration that characterizes his earlier releases. He sounds like it is his first album and he has something to prove.

Some of that determination comes through in the opener. It is a relatively audacious move to open an album with an instrumental and title track simultaneously, but if Murphy has any reservations, the romping performance of “Red Mountain Blues” doesn’t betray any. The album’s second song and first one with a lyric, “Dirt Time”, is a folksy outing more so than a full on bluegrass track and shows off Murphy’s understated, but perfectly pitched vocals. He is quite an excellent interpreter of his own material and the songwriting throughout this album, as always with Murphy, is a mix of plain-spoken lyrical conceits sprinkled with moments of genuine poetic clarity. There’s an inkling of sarcastic humor peeking through that will emerge in a larger way on later songs.

“High Country” is one of the album’s most fully realized instrumentals and invokes the grandeur of the 1950’s Western movie at its zenith, like a John Ford/John Wayne movie set to music. “Black Roller” recalls “Dirt Time” in some respects as it focuses more on Murphy’s folk and country influences instead of solely locking in on the bluegrass side while “Kitchen Girl”, featuring guest star Tim O’Brien, is one of the album’s best pieces thanks to its fully rounded approach providing a comprehensive experience for listeners. “Cast Iron” follows it up and it’s one of the album’s most joyful instrumentals.

“Dry County” finds Murphy working a much more humorous vein than elsewhere on the album and it breezes by with skill and a great sense of fun. Anyone of a certain age will recognize the lyrics as a particularly imaginative grab bag lifted from various movies and television shows over the last fifty plus years, but Murphy’s writing takes them in a wholly unique direction. “Dig for One More Day” takes Murphy back to working well within a traditional mode and offering up a song rich with harmonies and harkening back to an earlier time. The album’s final “big” instrumental is the simply titled “Johnson County”, a piano carried beauty that effortlessly carries listeners away within seconds of its opening. Red Mountain Blues is one of the year’s most intensely musical releases with a surprising storytelling bent that helps elevate it further.