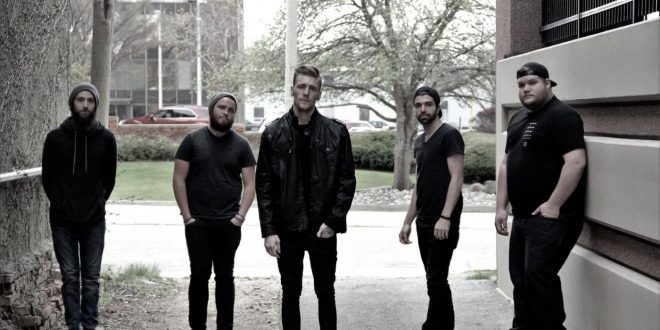 Meridians is a metalcore/djent band based out of Flint, MI, that formed during the Summer of 2012. Since then, they have been making a name for themselves all around Michigan, bringing high energy and positive vibes in their live performances, and in their music. Their music combines the heavy aspects of modern metal with melodic overtones of symphonies and electronic music.

Check out their Pilot  EP, available to download on iTunes, and get the grit behind the band in the Q&A below!

Hey guys, tell us the story behind Meridians. How did you all come together and develop your image and sound?

Well, everything started through Craigslist posts. Our guitarist (Austin) made a post looking for people to start a post-hardcore band sometime around August of 2012. I (Josh) had a similar agenda as he did, and took notice of his post. We set up a jam session and just sort of became good friends. We ended up writing a song after the first day, and just started looking for more people to join us. After several failed tryouts, Austin contacted our bassist (Deven), who he went to high school with, to come try out. Once we knew we didn’t have to worry about a bassist, we put our focus on finding a vocalist. We had several auditions that just didn’t work. Our vocalist (Xander) responded to a post we had made on Craigslist. We sent him a demo of a song we had been working on. After writing some lyrics to it, he sent us a video tryout of himself performing them to our demo track. He came out to a practice shortly after that, and sealed his position in the band as our frontman. At the time, we had another guitar player, as well as a 2nd vocalist. We decided to play our first show on November 9th, 2013 at The Hangar in Otisville, MI. Things went really well, so we kept playing gigs all around East Michigan for the next year. Our former guitarist and vocalist had resigned during that time. Josh ended up taking over clean vocals to make up for 1 loss, but we still needed another guitarist. Austin was attending college for audio engineering where he met our guitarist (Ryan). He heard we needed a guitarist, and Austin brought him out to practice. It took us a while, but that’s how we all came to be here. The post-hardcore sound that we started out playing, slowly shifted toward the heavier sound we play now. It wasn’t by choice, it just sort of happened naturally.

What has been your biggest challenge as an artist?

It’s sort of a tie between recording our EP, and finding the people for this band. We had to go through A LOT of different musicians to get to this point, which on its own is a daunting task. However, it set back our EP on many occasions in which it would have been done and released much sooner. Everything happens for a reason though I suppose. The EP sounds much better than the previous versions we were going to release.

Tell us about your songwriting process? How are you inspired to start a song and how does that develop from writing to composition, recording, and completion?

Most of our songs started out in jam sessions, others were written by just 1 or 2 of us. We are mainly driven to write everything based on our fans. They give a lot to us, and we want always want to give back to them. The sheer amount of energy they bring with them to our shows is enough to keep us going.

Does The EP tend to have a base theme or is each song an individual story in itself?

There is no general theme. Each song and the meaning it holds are different from one to the next. Some of them are old songs, some are new. The artwork on the cover is based off our song, “Big Ben”. Getting a CD out after playing shows for the past 2+ years was really important for us, and our fans deserved to be able to take home more than just memories from our shows.

What has the reaction to The EP been so far?

No complaints! Loads of positive feedback so far, but we don’t expect everyone to like it. We at least hope everyone will share it for people that will.

Being from Flint, Michigan, what is the music scene like there?

Words simply cannot describe how great Flint’s music scene is. There are a bunch of great venues around the city, and some phenomenal local bands to play them. Out home stage at The Machine Shop is unlike any other. There are a lot of memories to be made in that place for anyone looking to attend a good rock or metal show.

What has been your craziest live show so far in your career?

This is a no brainer for us! April 29th, 2014 at The Loft in Lansing, MI with The Browning, Adestria, Phinehas, and Dayseeker. I remember sitting behind my drum kit after we ended our first song, and looking out at the crowd in disbelief. There must have been 250 people packed into the corner of the venue. You could feel the floor shifting under all the weight, and see the walls around everyone starting to, It was quite an experience. We were the opening band on a floor stage, but that audience reacted to us like we were the fucking headliners on the main stage!

Do you have any plans to tour off the release?

We would like to, but we don’t have the means to tour right now unfortunately. For now, we’ll be playing around Michigan, hitting new venues and old promoting our EP. We’ll also be working on getting material ready for an LP next year!

If you could choose your dream tour package, who would it be and why?

Each member of the band choosing their favorite band perhaps? That would be an interesting tour. Meridians w/ Erra, Silverstein, Killswitch Engage, Underoath, and Blink 182.

Thanks for taking the time to talk with us today! Any last words?

Likewise! Thank you to everyone who checks out our EP, and to everyone involved in helping make it and this band into a reality. We love you all!