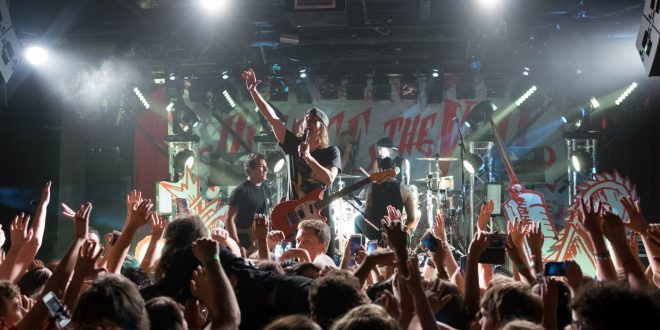 Gallery and Review: Pierce the Veil at Paradise Rock Club in Boston, MA 6/14/16

The Misadventures Tour stopped in Boston Tuesday night for a sold out show at the Paradise Rock Club with Pierce the Veil, I The Mighty and Movements. Pierce the Veil played their new album Misadventures in its entirety. They opened off the night with “Dive In,” “Texas Is Forever” and “The Devine Zero,” and followed the track listing throughout the rest of the set.

Despite the venues no moshing/crowdsurfing rule, everyone seemed ignore that and were off their feet the entire night keeping security busy. The crowd was packed very tight in the venue, especially for a 900+ capacity sold out show, lining the balcony as well as packed in all the way around the floor of the venue.

Their entire set was full of energy especially considering they had not one, but two confetti canon blasts as well as incredible lighting the entire time to keep the mood changing from song to song. They closed off their set after a brief intermission following “Song For Isabelle” with a few not-so-oldies “Bulls In The Bronx” and “King For A Day” from their previous album Collide With The Sky.

For more info on Pierce the Veil you can check out their Facebook page or their website.

Caitlin Dunn is a Massachusetts based photographer who loves photographing concerts as well as events and lots of other things!
@@caitlindphoto
Previous EP Review. Nowhere: Follow
Next Gallery: Saosin on Taste of Chaos Tour, Holmdel NJ 06.17.16 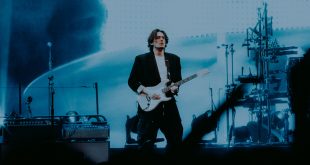