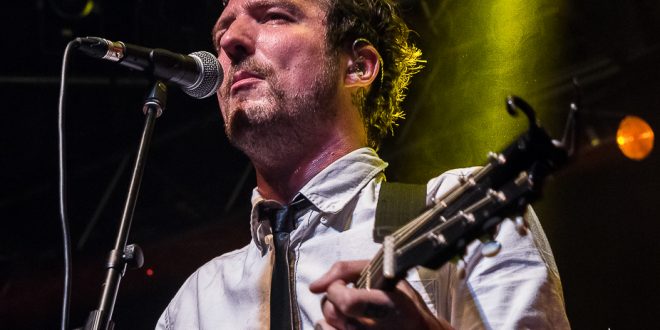 Photos of Frank Turner & The Sleeping Souls live in Orlando, FL.  All photos taken by Luke Spencer at The Beacham on 6-11-2016.

Frank Turner performed for over an hour on a co-headlining tour with Gogol Bordello that also supported his latest album Positive Songs For Negative People.  During the performance, Frank called a lucky audience member up to play a harmonica solo (Dmitri the fan nailed it) and then addressed how good the crowds in the Unites States are.  He then added that if we in the US want our favorite bands from UK, France and other nations outside of the US, then we “can never vote that m*****f***** as President” in reference to Fuhrer Trump.

I am an album reviewer, band interviewer, concert photographer. At least once a week I review a new album in the rock genre the week it comes out (anything from alternative to metal). Check out my site at www.rockedreviews.net and my twitter feed @rockedreviews"
@http://www.twitter.com/rockedreviews
Previous Messiah B – Down Payment
Next Shadow Of The City Announces New Location & Artist Set Times