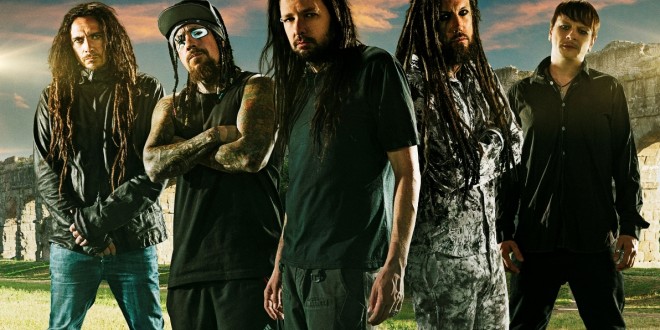 Today, June 6, KORN has announced details for the “NOCTURNAL UNDERGROUND TOUR” where they will share co-headlining duties with Breaking Benjamin and will be joined by special guests Motionless In White and Silver Snakes.  Tickets go on-sale this Friday, June 10 in most markets via Ticketmaster. VIP packages will also be available.

The “NOCTURNAL UNDERGROUND” arena tour will kick off on September 24 at Scheels Arena in Fargo, ND taking KORN deep into the heart of America through late October. On this out, the band will pass through such markets as Omaha, Cedar Rapids, Charlotte, Biloxi, Tampa, Jacksonville, Tulsa and beyond.  In between, KORN will appear at the Louder Than Life festival in Louisville, KY on October 2.  KORN‘s full tour routing-which also includes the Return of the Dreads Tour (their co-headlining trek with Rob Zombie this summer)-can be found below.

It’s no secret KORN have been hunkered down in the studio working on a new album, as Brian “Head” Welch told Billboard earlier this year, “We’re focusing on guitars and spending a lot of time on them.  It sounds really good, and I think it’s going to end up a heavier record.”  It’s quite possible new tracks will be heard this fall.

Previous RAPPER RETURN BACK TO HIS ROOTS.
Next Piece The Veil, UK/Euro Tour, Guitar Auction for Charity