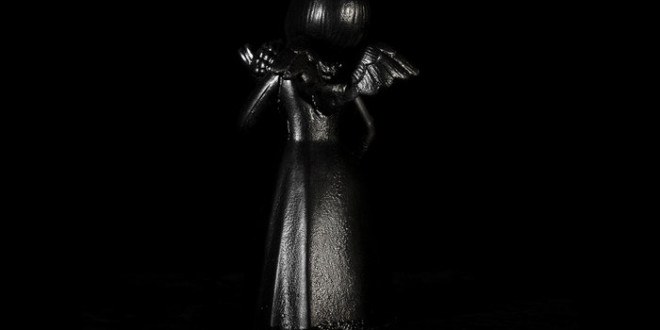 Experimental rock band Boyfrndz have just released their third full length album Impulse a consistent and haunting work of art from start to finish which is sure not to disappoint fans.

The LP kicks off with “Ghosted” which channels some 70s retro vibes while still maintaining a hard rock modern sound. The track is mostly layered instrumentals with several different techniques being used to give the tune a dynamic a sound. But the song really comes alive when lead singer Scott Martin bursts onto the scene with a falsetto that any singer would kill for. In short spurts the already energetic track just gets more amped every time Martin takes the microphone. It’s the perfect example to show just what exactly the band is capable of, and while the lyrics are a little hard to decipher, it doesn’t matter when a song is just this good.

At only slightly over two minutes “High and Tight” packs the most punch of any song on the record. It zips along at a brisk pace and is sure to leave listeners wanting more. It has a very modern alternative feel to it and uses the wall of sound technique that is employed on so many of the tracks on Impulse to its full advantage. The vocals are spot are and even evoke an edgier U2 feel and with its engaging chorus and this is the track that sounds like it most fit into today’s modern radio friendly stations.

Another song that stands out on the record is “Bane” which uses synth sounds and what sounds like strings, along with a demanding harsh backbeat, to set up the tune. Weirdly enough, this comes across as the type of song pop superstar Sia could have written and performed with its in your face never apologetic execution and masterful lyrics that scream confidence and power. First Martin sings that he is “invincible” and then goes on to say that he never flinches in a constant mess. These words are commanding and rich and help make the tune of the best written ones lyrically on the album.

“Little Secrets” probably packs the most lyrics into a track but that isn’t the only unique feature about the tune. Here, listeners can hear Martin break out of his falsetto into a lower register and somehow it is even more magical. It’s got a bit of a more electronic feel to it and brings a moody sound to the record which matches the lyrics and the tone of the instrumentation. Visually the lyrics are impressive as Martin sings “you’re leaving me in your wake/I know the ripples are even/they’re even paced/though I’m sure your angles are turned away.” Coupled with the dark ambiance that the song showcases in spades, especially when Martin asks “I wanted to know are we awake/or do we just make the same mistakes,” “Little Secrets” is the best track on the entire LP.

While the album is great throughout, there are a few missteps along the way. “Eyes Up” has a repetitive melody that doesn’t work while “Hiatus” serves as only a good track atmosphere wise. And yes, Martin’s annunciation could be sharper and clearer, but all one has to do is look up the lyrics to fully take away what the band intends an audience to hear.

All in all, Impulse is an impressive work of art and anyone who likes dynamic music is sure to fall head over heels for this album.