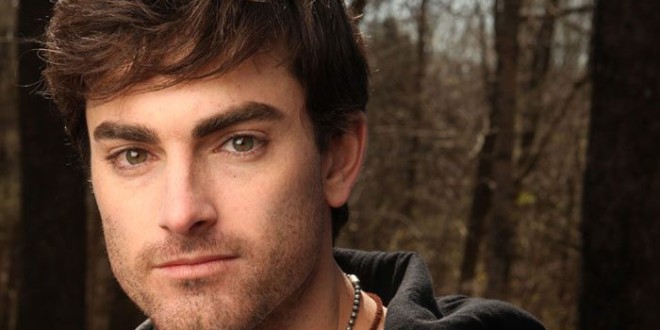 South Carolina native Cody Webb is an emerging country musician, singer, song-writer and touring artist. He recently dropped his anticipated single, More Than A Little, as a small taste of his upcoming self-titled EP that comes out this summer. He has played a number of dates across the East Coast, Midwest, and beyond, and seems to have attracted a large number of fans in the process. Cody comes from a musical background and has been playing the guitar since the age of eight.

The song has been described as a love song and rightfully so, as it boasts of lyrical gems such as “I’m on the edge of going over/so go ahead lean in closer” and “the way you’ve got me feelin’/you’ve already got what you’re stealin’” which are descriptive of what love might make you feel.
Although thef melodic guitar followed by the addition of drumbeats in the first verse isn’t something that hasn’t been done a million times before, this track stands out. Cody’s raspy vocals in the beginning of the song are unmatched with the pace of the music – he’s got a unique vocal timbre that is infectious. The sentiment that the lyrics are trying to convey fails to resonate with the feeling of love. The lyrics are repetitive and yet hooky, which would’ve been advisable as Cody could use more than a two second breather mid-song – just a thought. The short guitar solo, does a good job at showcasing Cody’s expertise in playing the guitar and contributes to the song as a whole. The mood that More Than A Little sets is cheery mood thus delivering a much anticipated piece of work that Cody’s fans expected.

One thing that impressed me the most about this song is the sheer impassioned vibe one gets. There’s an up close and personal ambience that really sucks in the listener. The piece is professional grade any way you look at it. The instrumentation and tones give you that genuine feel of good music and writing from a generation ago. It also has a solid feel reminiscent of Country music popular in the early nineties as well. Webb reminds me of Jesse Malin, Justin Townes Earle, Neal Casal, and Jason Isbell. Despite this I can also hear more modern Rodney Adams, Alan Jackson, Joe Nichols and Billy Currington. All members in his band are solid musically. Kudos goes out to the amazing songwriting and hot guitar solo. I always said you can sell what you don’t truly believe, Here Webb captures Lighting in a Bottle that will ring true not only for older more experienced listeners but new ones as well.

“More Than A Little” wraps up a well-rounded single that delivers an interesting cross section of classic Americana Folk-Rock, and Classic Country. Despite this it is accessible to modern day listeners as well. How is this possible? Only an experienced artist armed with an honest, genuine, sincere approach can pull it off. Web is also backed up by some solid players and co-writers, a solid production instinct via his brilliant musical mastermind. Need I say more

Ultimately, Cody has a long road of success ahead of him and with a little help and guidance from his father Eddie Webb, an accomplished singer and songwriter, he might be the next Keith Urban.

Previous KAMELOT Premier New Music Video for “My Therapy”
Next Gallery: Coasts at The Mod Club in Toronto, ON 04.23.16