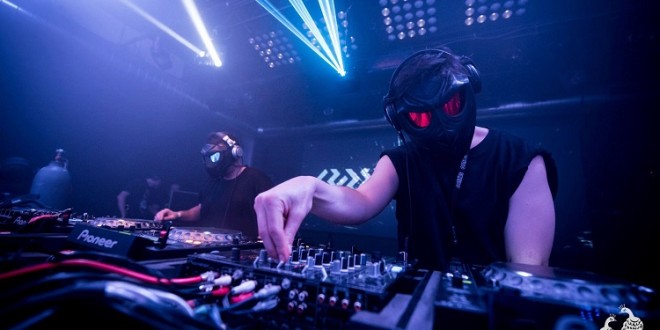 Masked Duo CYBERPUNKERS are back at it with the release of their newest house masterpiece, Feel The Disco,  This 2 track EP, out now on Big Fish Records,  is a high energy, 2 track Electro-House / Bass-House banger featuring throbbing basslines, distorted samples, and glitchy synths that prove once again that they’re the masters of mixing it up.

The “Cyberpunkers” project is the child, born in 2006, of the passion for Cyberpunk culture of two young Italian DJ’s. The format aims at giving a fresh start to this style. In a nutshell, a transposition of the Cyberpunk world in modern clubbing. Through several performances at famous clubs, “Cyberpunkers” drew lots of interest and ended up being much taked about for both their original look, made of masks behind which their true identity is hidden, and for the originality of their shows, which are marked out by the use of two consoles at once and powered by several audio machines. Cyberpunkers shared the stage of the biggest electronic European festivals with such worldwide stars. Such a tight schedule did not prevent them from doing a lot of important singles and remixes.