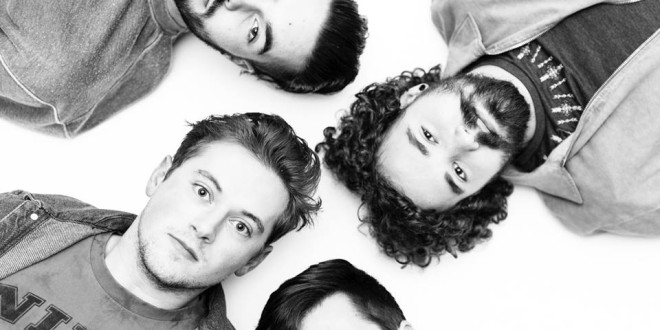 Alternative band Brothers + Company, comprised of two sets of brothers, have just released their latest EP Run and with it they continue to bend and blend genres into something new and engaging.

The strongest section of the record is found on the first three tracks. “Search Team” opens up the EP in an electronic 80s synth pop fashion. It is definitely retro but still retains a modern feel thanks to the futuristic background heard throughout the tune. The chorus drips with a beat that is impossible not to want to dance to and sounds as if it could be heard on the radio today, and while the content is a bit moody. one can’t help but smile when listening to “Search Team” proving that the contrast between the upbeat tempo and the lyrics works with Brothers + Company in control.

“Gypsy Queen,” by its title alone, gives a hint of Stevie Nicks vibes, especially when the track hits the glorious chorus begging for a gypsy queen to stay with the singer. It is a much slower song but it is not quite a ballad and that somewhere in the middle beat suits the song well. Incredibly infectious, and a downright delight to listen to, the vocals here are what really help to sell the song. along with the fantastic lyrics. The production of the tune is pretty much perfect, and as Brothers + Company have already displayed, writing radio friendly tunes seems to be one of their strong suits.

The absolute highlight of the entire EP is “Take This Love,” which takes the throwback feelings from previous songs to a whole different level, this time going back to the songs of the 60s. It opens with light and airy guitars which matches the sweet and innocent lyrics that scream of another decade. There’s no doubt that this is the definition of what a feel good song is supposed to sound like. With gentle and airy vocals, it’s the type of track that one should blast in the car in the summertime with the windows rolled down. It is reminiscent of the type of retro pop that indie band A B & The Sea are known for, but Brothers + Company make it their own as the song is not as clear cut sunny as A B & The Sea tunes. If you only listen to one song on Run, make it “Take This Love” and get ready to sing along to it while driving to beach with all of your friends.

All of the songs on the EP are special in their own way, but like any album there are some less than stellar moments. The last half of the album is still good, but they are not nearly as memorable as what has come before. “Awake” has some terrific vocals but unlike the other tracks it doesn’t feel unique in any way. “Runaway” has promise but never fully delivers, and with a harder rock tone it feels slightly out of place on the album, and “Forever Love” suffers from the verses being stronger than the chorus. Still, with all of that being said Run is a well done record that Brothers + Company should feel very proud of.