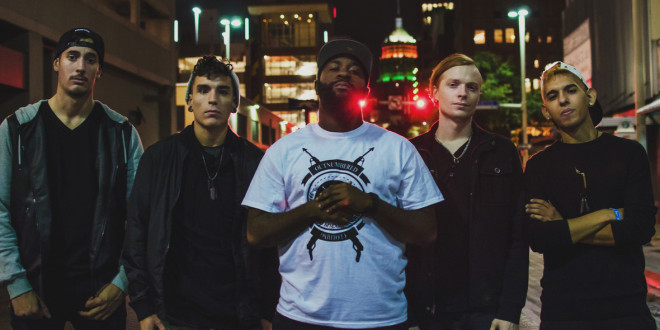 Texas based Hip-Hop / Metal band Backwordz have released their “Statism” music video which features a guest perfomance from  Craig Mabbitt of Escape The Fate. The video was directed by Albert Gonzalez and shot in Houston, TX. “Statism” is the second single off of the band’s debut album, Veracity, which will be released this summer.

We spent the first year getting a name for ourselves and doing a ton of background work for this band. Now that all of that is out the way, we aren’t playing around. We gave our audience a jab with ‘Utopias Don’t Exist’ and now we are throwing straight haymakers. As far as lyrical content, Statism IS BackWordz and it sets the tone for what exactly this band stands for. Alex and I are hardcore libertarians and we want to spread the message of liberty within our music, as well as speak on the dangers of The State. It seems that so many people our age have been brainwashed into supporting government expansion; today’s music artists in general tend advocate for big government. We are that dissenting voice and we wanted to make it known with ‘Statism.’ The music video consists of us wearing the colors that represent different types of anarchy. The black and yellow being the most prominent, because we are for the most part anarcho-capitalists.

We want the state to be abolished, and we want you to know why. I think the coolest thing about us, is that Alex and I actually know what we’re are talking when it comes to economics and politics. This makes our lyrics far more in depth and thought provoking. We don’t just talk about it during election time, or highside on the internet to sound as if we are a lot smarter than what we are.. We actually live this. – Eric July (Backwordz)

Very grateful I was asked to contribute to such a great song, Backwordz is a breath of fresh air to me, hope everyone enjoys the track as much as I do and LISTENS cause Eric has got some shit to say!!! – Craig Mabbitt (Escape The Fate)

Though only releasing their first track in 2015, BackWordz hit the ground running. Consisting of experienced musicians who have been part of touring acts, the band wanted to make sure that there was to be no playing around. Fronted by Eric July, they have a unique and unmatched sound as they mix elements of hip hop, metal, and hardcore. Liberty minded and anti state, the band seeks to spread its message while simultaneously bringing you a sound that you have never heard before and will be impossible to imitate.

Previous Album Review: Candlebox – Disappearing In Airports
Next Alli McLaren shares her talent from acting to singing with her new single ‘Fight for us’ 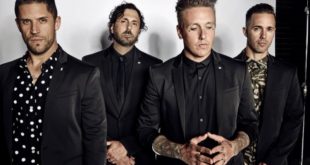 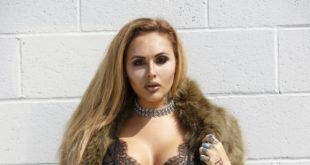