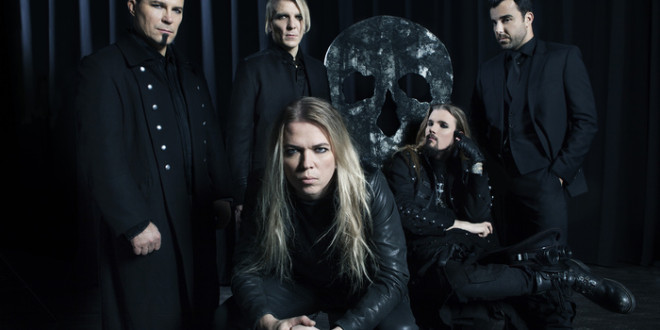 The Finnish, cello-wielding metal quintet, APOCALYPTICA have announced they will bring their unique and exciting live show to 23 cities across the U.S. The tour kicks off on April 23 in Sayreville, NJ at Starland Ballroom, with bands 10 Years and Failure Anthem serving as support.  See full dates below. Tickets go on sale to the public Friday February 12th,but members of the band’s Fan Club will have the special opportunity to buy their tickets a day early on Thursday February 11th.

“It’s really exciting for us to return to the US for another headline tour and we can’t wait to present a lot of new material from album Shadowmaker,”  says APOCALYPTICA. “Our singer Franky Perez, who is a real entertainer, will definitely bring an interesting new edge to our show for those familiar with our live set. We are looking forward to seeing old friends and making new ones all across the U.S.”

The band’s current single ‘House of Chains’ produced by Kevin Churko (Five Finger Death Punch, Papa Roach) is currently climbing the rock radio charts. The lyric video for ‘House of Chains’ depicts a relationship with use of explicit horror clips and images perfectly capturing how powerful binding relationships can be. The themes of this song/video have already caught fans attentions propelling the video to over 100,000+ views since its release.  Check out the lyric video for ‘House Of Chains’ below: