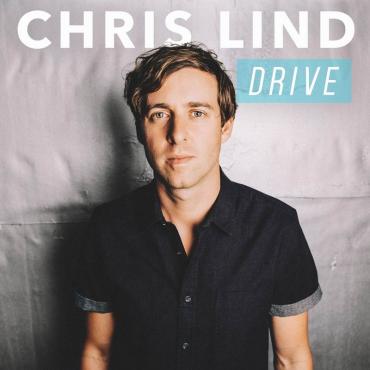 Chris Lind has become a driving force in the New York City music scene. “A dazzling singer-songwriter a la Jeff Buckley and Nick Drake…” – Chronogram Magazine. He’s developed a unique and personal sound, defined by soaring vocals and hauntingly beautiful melodies. Beyond a solid background in rock and jazz, Chris spent a year studying Hawaiian Slack Key guitar at its source. Now he regularly performs at many of NYC’s most respected listening rooms. Lind’s expansive musical journey presents some fascinating geographic storylines. A native of South Jersey (near Philly) who became a driving force on the NYC music scene, Lind has performed regularly in California and recently relocated to his dad’s native Hawaii. In between studies at Skidmore College, he lived, worked and gigged often in Honolulu. Expanding his repertoire, he studied with renowned artist Ozzie Kotani.

After graduating with a Bachelor’s in Music, he moved to NYC and within a year began gigging at hotspots like Rockwood Music Hall (ultimately performing on all three stages), The Living Room and Pete’s Candy Store (where he secured various residencies). Towards the end of his time living in New York, he recorded and performed (at CMJ 2014) with a newly reformed version of Americana power pop band End of Love whose members included Wilco’s Nels Cline and Big Star’s Jody Stephens. Lind’s “day jobs” during this time included teaching guitar at St. Francis College in Brooklyn and managing a prominent rehearsal studio in Greenwich Village. This is a review of “Drive” from his latest EP.

Not being familiar with someone’s work, you always have to familiarize yourself with the artist as best as possible or what’s to say, especially about one song. That’s only so easy to do with an artist without much background, even though Chris Lind isn’t exactly new on the scene, he’s new to me and that makes it rather tricky to give an opinion about. It’s just one song, so that places quite a limit on what to say unless you’re dealing with a truly earth shattering song. “Drive” isn’t quite that but it is a very good song. And Lind isn’t exactly a pop artist to begin with but this takes him well into that territory after researching what he’s really all about. It turns out he’s well trained at Slack Key guitar, so I was expecting that but the song isn’t based on that flavor. Instead it’s a soft ballad with some acoustic sweep picking which is quite nice around some big sounding outbursts on the chorus. If that amounts to any Slack Key playing, all the better. But it’s not essentially featured. The lyrics are excellent and tell the story of how a “Drive” west could change a lot for two hearts.

It starts off softly and builds into an effective chorus that pretty much speaks for the whole song. All of the power of the message comes out in those parts. He pours all of his emotions out around an otherwise subtlety that equally match each other in the dual moods of it all. I like his voice, it has that pitch-perfect resonance. He tells it like it is and gets the best out of himself in the process. There is some pleading to try and do what it takes to move on in the world, and it works very well at serving up the message. The ultimate delivery is a very hard to knock thing.

By the time the song is over, you’re longing to hear it again to help extend the very throwback to an 80s appeal it has. If you’re not that old, it doesn’t matter, it still takes you to another time when most artists were coming up with this romantic style. Don’t get me wrong, it’s really all in the vocal sound. He’s definitely an old soul that way and carries a tune very well. It could be that he’s just influenced by that era, but either way it is duly noted. I can see him going further in this direction, but if not it’s encouraged.

I usually knock a point off for artists choosing to record EP’s and get them reviewed, but reviewing a single leaves no room for such criticism. As a single it holds my attention throughout, but if it were the entire EP I could see myself just wanting to hear a full album from him. I always encourage that but as for this single it’s a superb glimpse of what’s Chris Lind is doing and obviously further capable of. I’d like to see him go all the way and I know this is getting him the attention it should so far, but it’s more like just the beginning for this recording artist.

I think “Drive” will take him a long way and perhaps we’ll get a full length LP from him in the future, as that is something I certainly long for after extensively listening to this well put together track. The EP calls my name as well, which isn’t always the case. I think it succeeds well in enticing that even though I tend to look the other way from them. I wouldn’t let that bother you when it comes to Chris Lind. He’s a pleasant breath of fresh air.

Previous Gallery: Nonpoint on ShipRocked 1/20/16
Next Round 2 Live & Loud Tour Dates With The Veer Union, Bobaflex, Artifas, and Bridge to Grace Announced