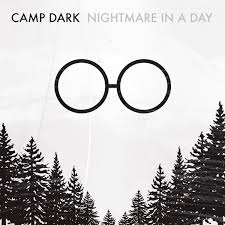 Camp Dark’s first installment of their collaboration, in conjunction with the writing and playing prowess of Casey O’Brien, arrived in the form of Proofreader. Zero Squared in 2013. After spending a year living in Charleston, SC, Svec’s experience of the American South resulted in a number of song ideas that included the racism, sexism, and homophobia that is still disappointingly apparent in the heart of Dixie. The juxtaposition of the heavy lyrical content settled against a gorgeous sonic landscape reminiscent of Radiohead’s “Let Down” or Bjork’s “Yoga” makes for a musical experience that will have the audiophiles reaching for their headphones and the motorists choosing the long way home.

I do find this album to be perfect for its description in the last line of the bio I was able to find, not being familiar with them. It’s good for long walks, bike rides and jogging, but it also has a monster sound for the dance halls. Some of the music on this album isn’t my cup of tea and some of it is, and I’ll tell you why in this review. It contains many elements of electronica but it mixes that with natural instrumentation as well, and vocals that both hit and miss the mark for all it’s worth.

However, I’m not a jogger and don’t listen much to headphones, so my take on this might be better explained in the physicality of being in a room full of this sound, but I still fit plenty of the demographic to give opinion on the quality of such a collection of tunes. It comes off very clean and also very beat-driven with real drums that almost swim against the tide but do well at carrying the tracks. But some lyrics are less than desired for the backing tracks but go the distance in making the songs.

The release kicks off with the dark essence of “Dixieland” a title that somehow escapes me other than the regional culture based lyrics which pertain but it contains no music of the sort. That’s okay for the overall meaning of it, but you might be hard pressed to hear this music in that area. No jazz or country here, but the lyrical attitude is the idea. Once you wrap your head around that and let the groove capture your attention, it goes down one of the best tracks. I will certainly give it credit where it’s due, as it sets the tone for the whole album. It’s not hard to understand the use of profanity because that is part of what the message is all about, it just comes on a little strong before sense is made of it but that is where it ultimately works. I’m not one to dog on sexually provocative lyrics and profane themes, but they aren’t for everyone. To its credit they do make the point though, and perhaps maintain an importance to listeners as well as the high-end production of the whole affair.

“Are You Hiding” keeps things moving pretty effectively into the well put together “Charlie” which is more like it. This is not only interesting but massively tasty. It bumps up the action a notch and hits one out of the park. This is a perfect choice for a single as far as I’m concerned. “Arm You Ok” is a sample heavy track which comes across well, but it serves to keep the ears warm for the much better “Family Curse,” which is technically awesome, with fabulous synth and drums. This is a soothing piece of work that really holds up well. This is followed by the heavy bass drum driven by “Tell One,” a mid-tempo instrumental that also works very well, with a killer back beat.

Next up is “Bad News” which also delivers one of the better arranged tracks, to explain it brings with it an audiophile appeal that probably serves as the best example of production values on the album. The vocals are all over the place with melody, working better here than on most of it. They manage to hit another home run with this track, it’s easily one of the best, so far. This is cosmic material, much in the vein of Radiohead’s more mellow work. And “Former Lovers” isn’t bad but it’s no match for the greatness of “Bluff” which gets back to a more familiar groove and finds the zenith point of the entire release. It’s just chock full of the better elements to be found on this rather gloomy but also occasionally uplifting album.

“Norse” is just more of the same and this is where it mostly starts to miss, rather than hit for me, but trumps my overall assessment at the same time because it delivers with great effort to its audience, which eats stuff like this for breakfast. I can say the vocals do as well as they can from here out too, which is an unorthodox approach to say the least, but it picks up evenly somehow and winds up a testament after the first half of these songs. If I had to choose one more highlight it would be the steady paced “Out For Blood,” which is a melancholy slab of tranquility.

Previous Gallery: alt-J at Manchester Central 29.11.2015
Next Nicholas Gunn Looks To Inspire Fans With “Beauty, Under The Influence of Music”