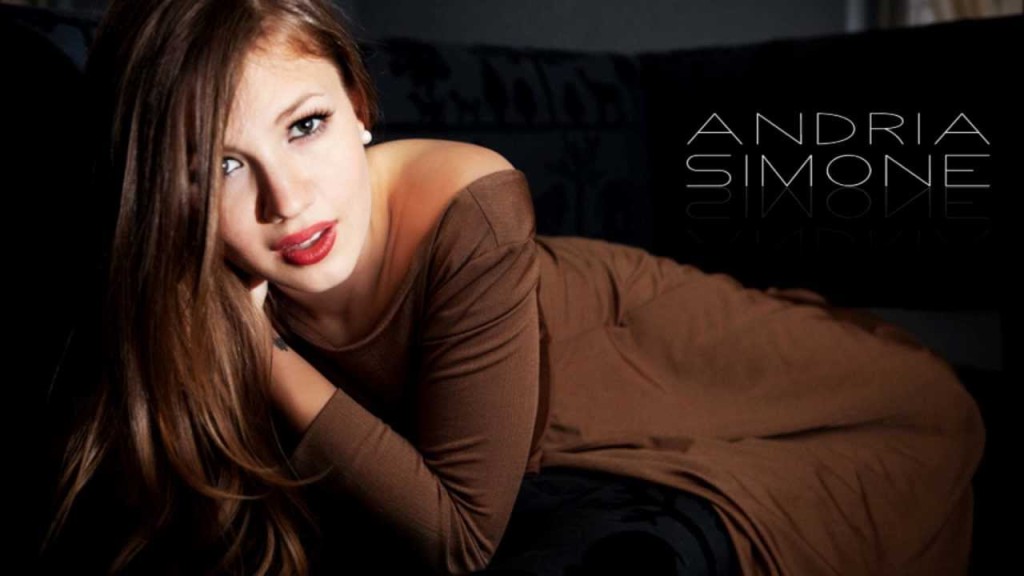 This CD (Evolve) is the latest release from Canadian based Andria Simone who was born and raised in Toronto, Ontario. Her style can be described as “soul-flavoured”, but she is a lover of many genres. Her eclectic taste in music can be partly attributed to the various places she has lived, including Manchester, England and Lviv, Ukraine. Andria has rapidly made the move up to major music festivals without skipping a beat. She has made converts and sold huge numbers of CDs via electrifying performances at such events as the Beaches Jazz Festival, Toronto Beer Festival and The Southside Shuffle. Even more excitingly, she has now earned committed fans across the Atlantic. In June 2014, Andria Simone and Those Guys won the Hennessy Talent Quest, a prestigious international competition for new musical talent. The prize was an all-expenses paid week in Cognac, France, during which the band performed several shows at the Blues Passion Festival, a star-studded fest that featured such names as Robert Plant, George Benson and Lily Allen. Andria and Those Guys opened for major French soul star Ben l’Oncle Soul as well as playing their own headline show.

The CD opens really sets the mood with Torn and quasi-anthemic toe-tapping Cream cover tune “Sunshine of your Love” and my top pick “Eaux De Vie” which would even make artists like Macy Gray and India Arie jealous. These are three grand opening statements which are made up of fairly straightforward soul-pop songs. Many songs on “Evolve” feature catchy guitar, bluesy personality, red hot vocals, drums and bass as primaries and things like Saxophone and Electric Piano. Vocally Simone works well as a singer in perfect unison with this style of music and is somehow unique, but hits all his notes very well. Her powerful tone is just as personal as her melodies are. It needs to be said – there’s a certain amount of mood assigned to each track as well. The first few times I listened to it I was utterly keyed up by it. Some of the topics are not overly bright and happy either but Simone knows how to write and sing you a captivating melody. What is there not to like about all of this? She also knows how to turn it on.
The strong first impression following the first 3 track did not subside as the album progressed forward. The next few songs “Beautiful Life” and impassioned “Love Me” keep it consistent. “Love Me: was the most emotionally impactful song on this record for me. I would even wager some of these songs could have been big in the mid-’90s on Urban Pop Radio. There’s something that screams mid-’90s when I listen to this music – and this is a compliment. Many feel the 90’s were that last good decade for really good alt-mood-pop, and I would tend to agree. Even artists like Erykah Badu and Jill Scott have some moments that were not so bubbly – and yes both were big on the 90’s like Lauren Hill. Evolve is one of those albums that instantly grows on you. This soulful offering has no superficial moments of ambient electronica rock which adds depth to the album providing a mature sound and singer/songwriter type feel. Some songs are straight up Psychedelic Rock and have solid rhythm, featuring an involving bass-lined and intricate instrumentation that interacts well Simone’s musical personality. The overall music is excellent and not only contains strong hooks, but it seems to soar at times like the motions of Andria Simone. My favorite tracks are: “Love Me”, Eaux De Vie” and Crazy Lady.” I also feel these tracks optimize the Andria Simone sound to a “T”

Like me, you’ll probably like it if you want something unpretentious to put you into that mood. It’s a mood album for sure and only great artists like Andria Simone can pull it off and sets it all too well.