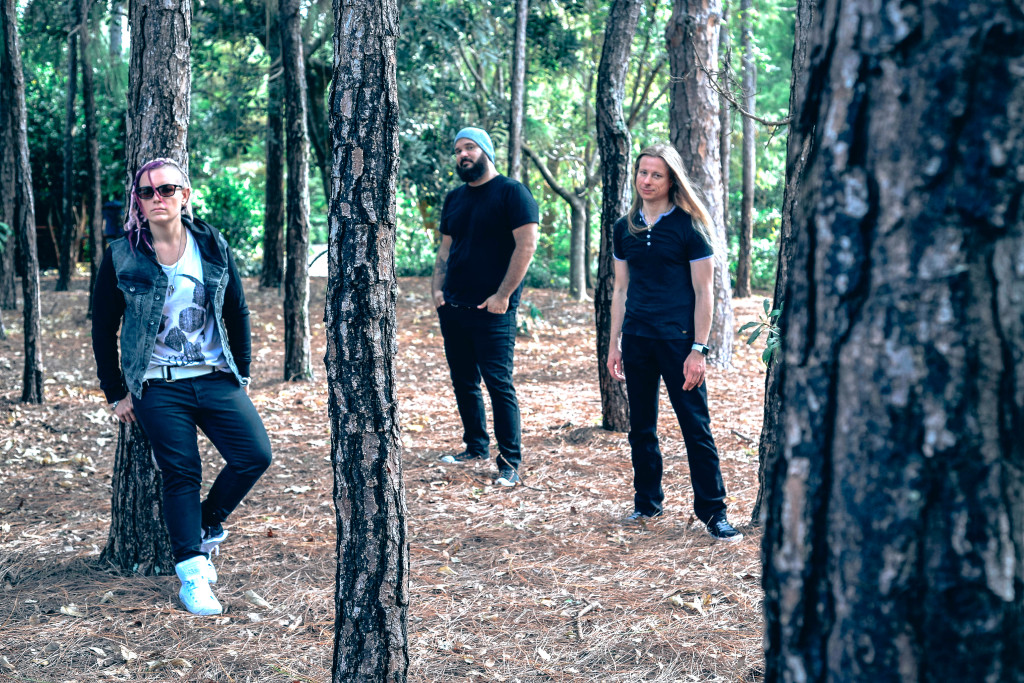 THE VON offer up an intense record with their debut release Ei8ht. The trio who hail from South Florida, provide an eager and unique take at hard rock, making them accessible to the masses. The heavy instrumentation that flows throughout the record will enlighten and indulge your ears, even if you aren’t necessarily a fan of the genre. Somehow, THE VON will convert you.

Lead single “Nothing to Fear,” breathes life into the upcoming record, with hazy guitar work and prominent and hazy vocals. Made up of vocalist/bassist Luis Bonilla, guitarist Marek Schneider and drummer Elisa Seda, the trio has taken a new approach to the classic genre. Intricate instrumentation flows throughout each piece, with harmonious vocals that intertwine with stunning guitar solos.

The band’s songwriting ability formed over a bond of their favorite, influential bands, which are honored on this record. Their energetic brand of rock is prominent on standout track “Atomic Sun,” and the sonically alluring “Don’t Forget About Us,” which act as nice leaders of the record. Standout track “Cry of War,” add a stellar dose of prominent harmonies and screaming guitars, which bring out their love of classic rock influences.

Ei8ht was skillfully produced by Bonilla and mastered by Grammy Award winning engineer, Carlos “El Loco” Bedoya. Throughout the span of the album the band digs deep into their musical influences and upbringing, combining their diverse culture, ideology and living life without fear. Even the music itself can be seen as a risk; putting your thoughts, skills and talent on the line…but THE VON prove they are seasoned champs in the game of Rock n’ Roll.

Bonilla’s voice is brilliant, as it works closely with the music to create a strong and captivating sound. The musicianship of the band shines through every piece in the record, leaving you with a familiar yet unique experience. It certainly shows that their heart and soul pours into this record. If you aren’t a hard rock lover, do yourself a favor – take a risk and give a listen to THE VON’s Ei8ht; it will not disappoint.

Stephen Vicino is the founder of MusicExistence.com. He created this site to give talented musicians a voice and a way to be discovered.
@@svicino
Previous Deer Tick Returns to Brooklyn Bowl for Second Annual NYE Residency
Next GALLERY: MASTODON AT PRUDENTIAL CENTER 11.07.2015

Slipping into focus ever so gently, the quiet melody that wakes up “Darkstar” is an …