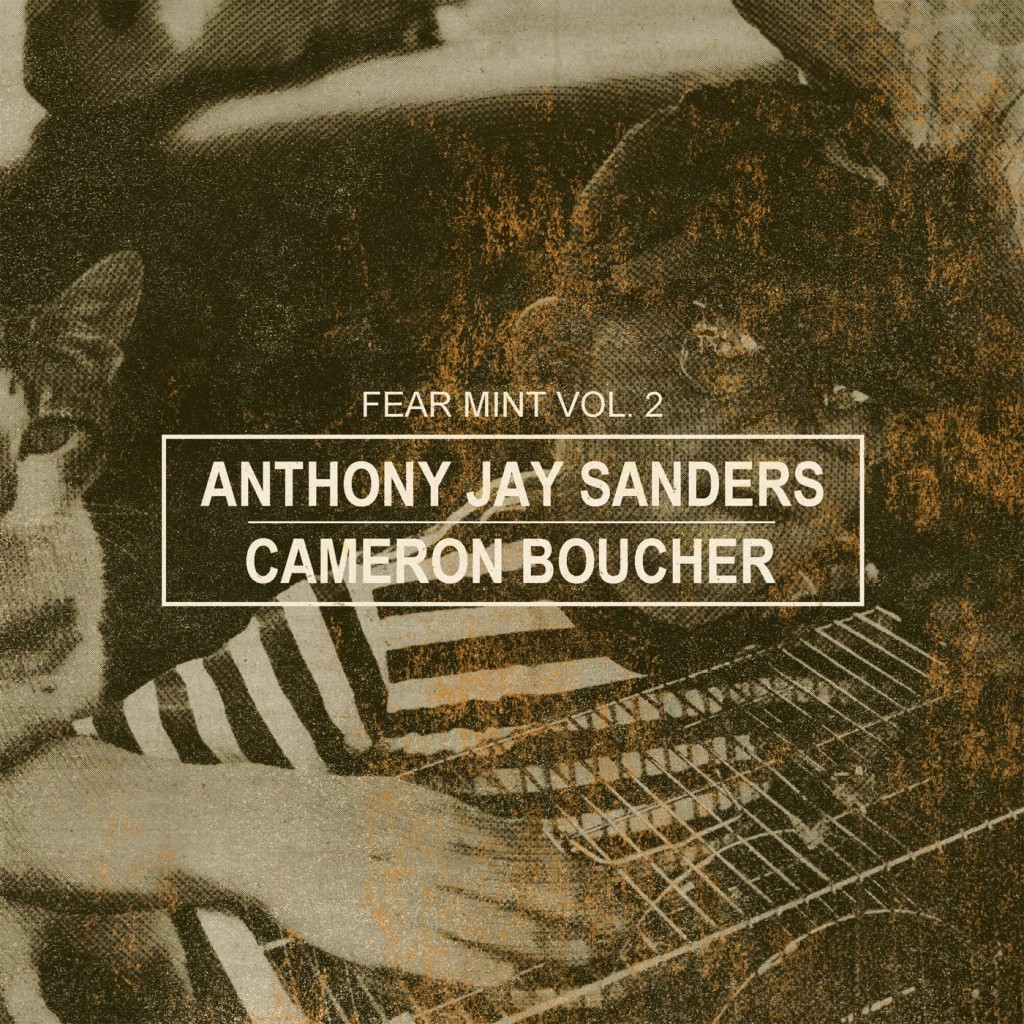 The latest in the Fear Mint split series features contributions by Anthony Jay Sanders (The Island of Misfit Toys) and Cameron Boucher (Old Gray, Sorority Noise). Accordingly, both artists express candid anecdotes of their experiences with that inexplicable force of silent destruction: fear. While the contrasts of the previous EP were mostly defined from a stylistic standpoint, those presented here focus more closely on the notion of fear itself.

In the opener “Wild Things,” the signature Toys spectacle is trimmed down considerably. No longer does Sanders come off as a caricature of himself. His vocal delivery retains the same creativity, but feels timorous, unwilling to project, and slightly drawn out. The instrumentation, for all its ingenuity, is also mostly vertical and repetitive. However, wasn’t until the second listen that I realized the significance of such factors. Sanders instantly fires through pertinent situations, from pretending to be unfazed by illegible messages, to downplaying his expressive abilities, to simply dwelling on past failures. Similar to Where the Wild Things Are, his lyrical context is devoid of structure, driven far more by emotion, rather than logic, which further substantiates the EP’s concept. The second track, “Man in My House,” deals with the direct result of fear, being left perturbed, motionless and withdrawn. Amidst this, Sanders’ voice is better defined, working especially well atop a worn, artifact-ridden acoustic backing. He begins to exhibit a newfound awareness, not only in the sense of confessing to his erratic behavior, but also recognizing the extent to which fear presents itself. To show that Sanders is not alone in this battle, support is provided by fellow band mates Johnny Fabrizio (lead vocals on the second verse) and Claire Teeling (backup on the second chorus).

Side B begins with Cameron Boucher’s “I’ll Be Breathing”. Boucher’s delivery contrasts greatly from Sanders, featuring a familiar sound, a simpler lyrical approach, and a more understandable retrospective. It can actually be interpreted in two ways: on one hand, he could have similarly been beat down from that same pain multiple times to near lifelessness. Though on the contrary, he could have actually reached the point where such bouts have effectively grounded him. Whatever the case, Boucher stresses to keep an open mind regardless of deterring circumstances. He gives clout to the motto “less is more,” assuredly stating in the last verse, “When you see me/I’ll be breathing/I’ll be fine”. The final song for the EP is his rendition of Nico’s “These Days,” which was an appropriate choice in demonstrating his growing beyond personal demons. Boucher’s vocals are noticeably brighter and, among all things, optimistic, thus putting the presence of fear in ultimate suppression.

Overall, Fear Mint Vol. 2 is a solid example of what alternative rock should emit: a blemished and raw atmosphere with a chord-striking, supercharged sincerity. Both artists keep a bold determination against a furtive, but natural human emotion, proving that scars can and will eventually heal. Fans who have accustomed themselves to each artist’s distinct persona will glean sufficient enjoyment, as well as a heartfelt appreciation for vulnerability.

Listen and pre-order the album here!

I come from a family who is passionate about all things music. I learned to sing at an early age, and by 13, had my very own Fender Strat guitar. I tried my hardest at learning all that I could. Because I was born with cerebral palsy, I had to teach myself an adaptive playing style. I learned to write and record my own music, despite these difficulties. In college, I started making great use of my writing abilities by reviewing music, as well as copy editing. I guess it's best to stick with what you know, while welcoming a fair challenge at the same time.
Previous BrokeNCYDE Return To Release ‘Los Locos’ Music Video
Next Funky Deep House from Sweden with vocals by Emily Coy