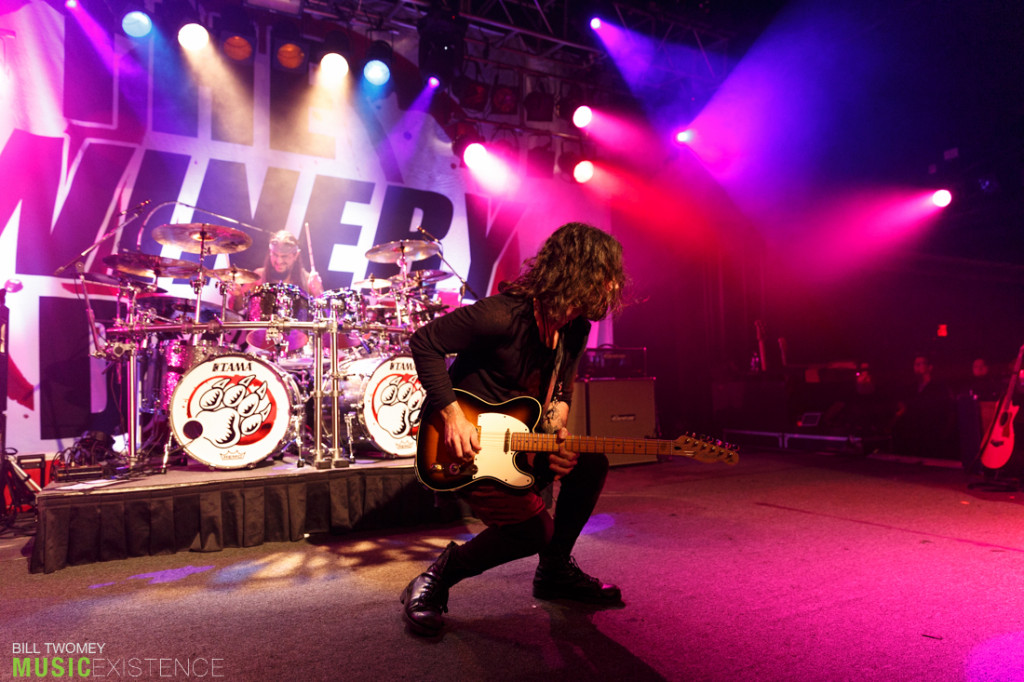 The Winery Dogs made their second appearance at New Jersey’s legendary Starland Ballroom this past Friday night. It’s not common that you find musicians who form a super-group because they love to play music. That is what makes The Winery Dogs so unique. Not only is their live performance off the charts, but the type of music they write and record is unlike anything else out on the market today. The Winery Dogs are Richie Kotzen (Guitars / Vocals), Billy Sheehan (Bass) and Mike Portnoy (Drums).

They kicked the concert off with Oblivion, a new track from their new album, Hot Streak. Oblivion is a spot on, fast paced, rock masterpiece. It fits perfectly in the Winery Dog’s song catalog because it is catchy song leaving you wanting more and more. Let me tell you, seeing this song live was one of the highlights of the show. Between Richie and Billy exchanging licks and Mike Portnoy slamming the skins so hard, I’m sure that folks several states over could feel the earth shake. It’s not easy to pin down a favorite live song by these guys, but if I had to, this would be the one.

One of my other favorite moments of the night was Richie Kotzen performing Fire. This is another new track from Hot Streak. Unlike Oblivion, it’s quite the opposite style of music. This is a slower song that started out with just Richie and his piano. Richie told the crowd “I still can’t remember the words, I change it up every night.” Richie’s vocals were spot on for this rendition of Fire and he connected directly with the crowd. How cool is it to see an artist playing a new song from memory, creating a new version each night? Pretty damn cool!

I feel extremely lucky every time I get to see Billy Sheehan do a bass solo. Please tell me of another bassist that can pull off a solo like Billy can. There isn’t one! I am not sure exactly how all ten of his fingers are still attached to his hands. He was finger picking his strings at lightning speed, moving up and down the fret board without any hassle. While all this was going on, he was throwing the bass in every direction imaginable. At one point, he had his bass flipped upside down without missing a note.

The Winery Dogs are on fire and are only continuing to get better. They’ll be out on the road through November, hitting up cities in all parts of the United States. Next year, it looks like the Winery Dogs will make a stop in Japan. For me, this was one of the best live shows I’ve seen so far this year. It’s fantastic to see a band that has such great energy on stage. Mix that with the talent that each one of them have individually and you have the perfect recipe for one of the greatest live rock n’ roll acts this world will ever see.

Resident Music and Photography addict from Northern, New Jersey.. USA. Got into both music and photography at a young age.. it's been history since!
@billtnj
Previous PAGAN’S MIND Release New Live Video – “Hallo Spaceboy”
Next The Drama State Premiere New Single “38th & Central” 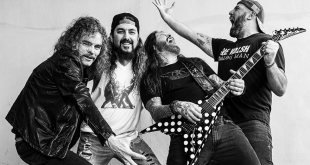