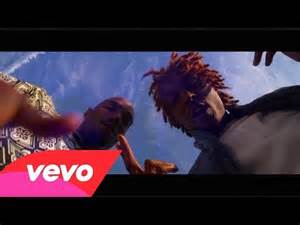 Boogiie Byrd was born and raised in Forestville, MD. P. Diddy’s “Making The Band” resonated with Boogiie Byrd and inspired to pursue his love of music. Since then, he began making a name for himself in the DMV area by participating in various open mics which sharpened his rap skills. Understanding that success in battle rap does not necessarily translate into commercial success, Boogiie Byrd also spent countless hours in the studio working on various tracks. Time spent in the studio served him well as his mixtape “For The Moment” received over 60,000 views and 12,000 plays on Spinrilla. Clearly Boogiie Byrd is the voice of rap’s new generation and with his release of “Doing Something Right”, it is safe to say that he will be in the industry for years to come. His song “Being Me” has a positive message for the youth to embrace their differences and enjoy being themselves. The song aired on 93.9 WKYS and other commercial FM radio stations to much success making Boogiie Byrd an artist to watch.

Stephen Vicino is the founder of MusicExistence.com. He created this site to give talented musicians a voice and a way to be discovered.
@@svicino
Previous Curse & Kisses
Next MOONZz Releases Video For Debut Single “SATISFY”