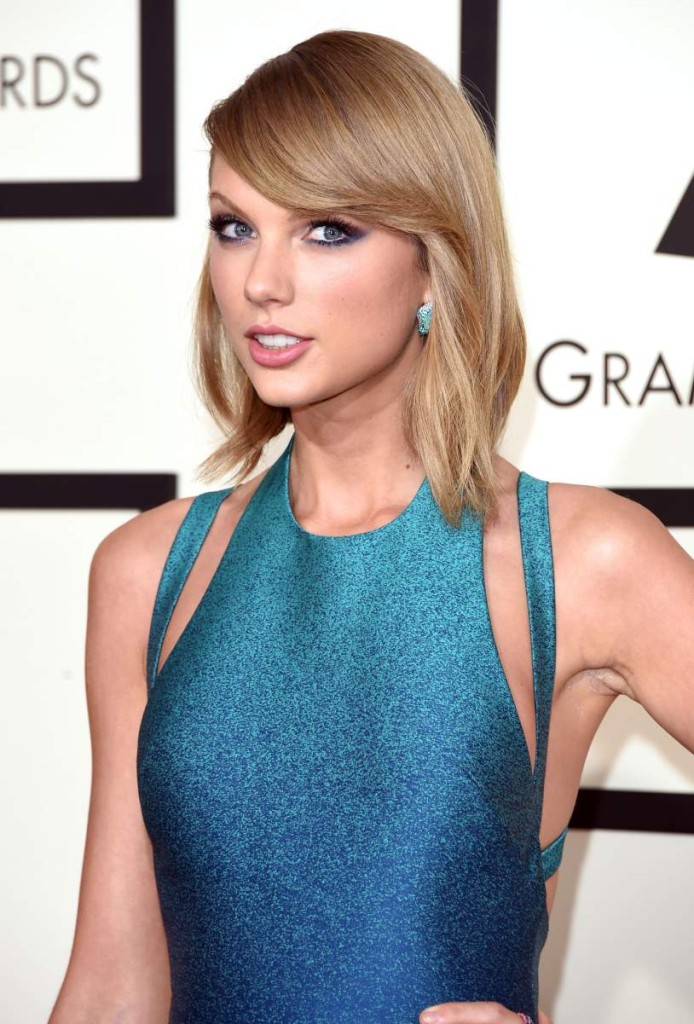 Singer-songwriter Ryan Adams just put out his cover of Taylor Swift’s new release 1989. To promote it, he went on the Beats 1 radio show (with Zane Lowe) in order to talk about the project. At just over seven minutes into the interview, Taylor Swift herself joined the conversation.

What did she think? According to Swift, she felt the songs aren’t really cover songs. Instead, they’re reimagining’s of her songs — that it’s easy to see he was in a different emotional place when he recorded the songs than Swift was when she wrote the songs. Swift observed that Adams’ cover of her album had a “beautiful aching sadness” as well as a “longing” which weren’t in the original.

Swift went on to say she’s listened to Adams’ album so many times that she’d started singing her songs to his melodies — to the point it’s become a minor problem during her current concert tour. (You can get tickets for her upcoming world tour concerts here.)

Asked to name her current favorite covers, Swift said she considered it a tie between “How You Get The Girl” and “Blank Space.”

How did Ryan Adams’ hugely popular cover come to be? After Swift put out the 1989 album almost a year ago, Ryan Adams (then touring to support his 2014 album) immediately loved it. He said he could feel where Swift was at during the production of the album, and made a deal with himself to do a cover of it.

The first attempt at a cover happened around Christmas, when Adams was feeling profoundly lonely. Adams bought himself a 4-track tape recorder and started doing the first few tracks in a style which he says resembled the bleak 1982 Bruce Springsteen album ‘Nebraska,’ which was also done with a 4-track. But it wasn’t long after he started when Adams’ tape machine ate the tape, and he wasn’t able to salvage it.

This last August, Adams had finished his tour and needed something to occupy his time at his studio in Los Angeles. He was jamming with two musicians, drummer Nate Lotz and Tod Wisenbaker, and after they hit it off Adams suggested doing a start-to-finish cover of ‘1982.’

For 10 days, Adams and the band spent their nights recording and arranging each song on Swift’s album. Once a song was done, they would move to the next one. They started at about 8pm each day and went late, taking breaks on Adams’ vintage pinball machine collection or to post to Twitter or Instagram about their work.

Adams himself is a bit famous as a workaholic — he’s put out 14 studio albums since his 2000 debut with ‘Heartbreaker.’ It’s not unusual for him to record this fast, according to Adams, but what was new was spending so much time with someone else’s songs.

“I didn’t know much I needed to sing someone else’s songs until I did,” Adams says. “Clearly I had a ton more [stuff] inside my mind which my own music couldn’t sweep out.”

Through the 13 songs, Adams goes from acoustic ballads to country rockers and 1980s-inspired dirty numbers.

1989 isn’t the first time Taylor Swift and Ryan Adams have come together. They first met when Swift was working on her album ‘Red,’ which came out in 2012. They ended up working on a song together after Swift came to his studio.

Stephen Vicino is the founder of MusicExistence.com. He created this site to give talented musicians a voice and a way to be discovered.
@@svicino
Previous Every Hour Kills Releases Self-Titled Debut EP!
Next Luna Rise – “Dead Alley” Video Taken from The EP Smoking Kills, But Love Can Break A Heart