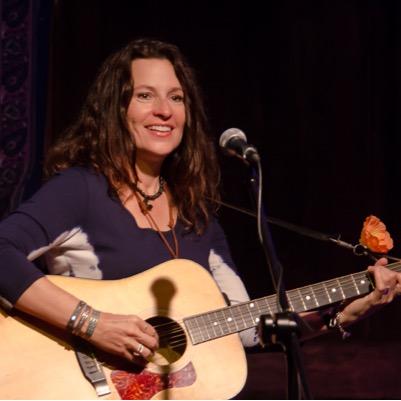 In early 2014, Nashville recording artist Audrey Auld was diagnosed with cancer. One of her goals after receiving this unfortunate news was to record the songs she’d written with inmates at the San Quentin prison in California. After playing a show at the prison eight years ago, Auld continued to host songwriting workshops with the inmates. Her new album Hey Warden is a result of some of those songwriting sessions.

As it’s co-written by several different inmates, Hey Warden does an admirable job of conveying the emotions and feelings people have the while incarcerated. It’s full of remorse, sorrow, anger, loneliness, and even hope, and it’s those sentiments that are the focus here rather than the day-to-day experiences of what it’s actually like to live on the inside. It’s an honest album that leaves you with a sense of gratitude for what you have.

The music itself is fairly traditional and stays true to its country roots. Opening track “Hey Warden” uses a simple acoustic guitar melody to reminisce on one’s past mistakes. “Poor Joe” is starker and more distant. The dark tone will remind you of Johnny Cash and his reflections on life through tracks like “God’s Gonna Cut You Down” and “Hurt”. It’s a song about a letter that Auld received from an inmate and it’s one of the more memorable tracks on the album.

Another noteworthy track is “I Am Not What I Have Done”, a redemption song about how inmates are more than their bad deeds and that they want to be remembered as brothers, sisters, sons, daughters, and friends as well. The strangest moment on the album occurs during “Oh Love”, where Auld gives rapping a try in the verses over a corny hip-hop type beat. It’s a tad awkward but one of the few times where the flow and theme of the album is noticeably interrupted.

The best song on Hey Warden is “Naked and Nameless”. It’s about being born into the world with a clean slate but not having a true sense of what freedom is.  The cool keyboard and electric guitar solos give this track some extra punch near the end. It’s very catchy and apparently the inmates spontaneously started singing along to it as Auld was writing it in San Quentin.

Musically, Hey Warden is a fairly straightforward country album that will give you a strong sense of the importance of life. Lyrically, it’s a bit sad, so take it in stride. Its melodramatic nature probably won’t strike a chord with any mainstream followers but it’s a moving listen nonetheless.