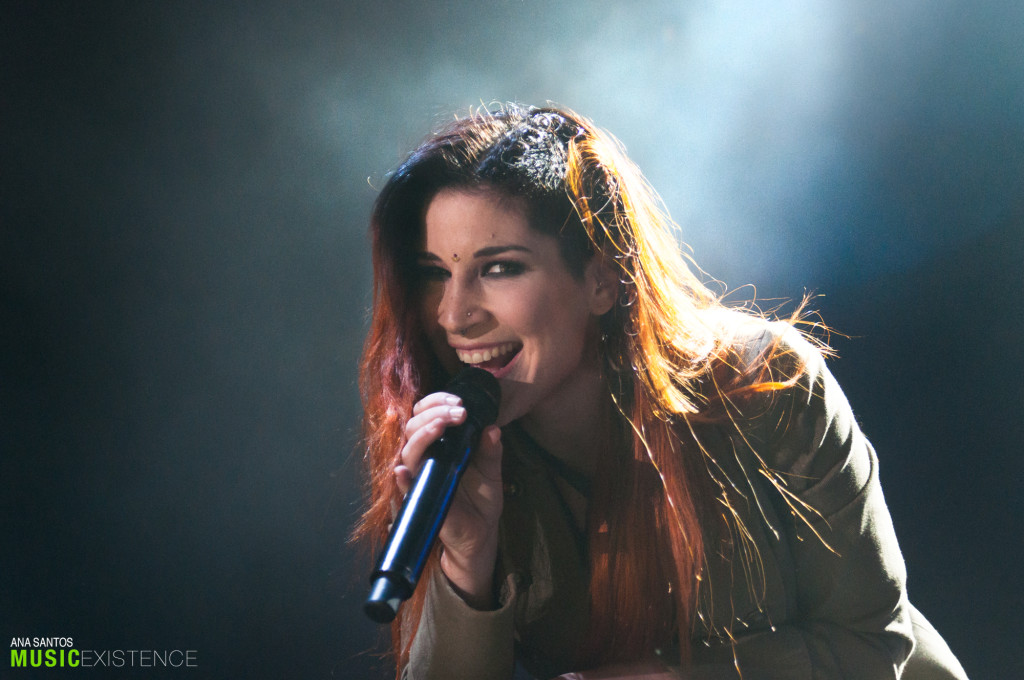 It’s only been about six months since Delain’s last North American tour. Having previously toured with Sonata Arctica, the Dutch symphonic metal band made their return to the US this past Thursday, April 9th on Nightwish’s bill. Kicking off the tour for a sold out crowd, the group received an enthusiastic welcome from metal fans that had gathered early at NYC’s Hammerstein Ballroom.

Firing it up with “Mother Machine” and “Get The Devil Out of Me” off their 2012 album We Are The Others, Delain was an absolute joy to watch. Flanked by guitarist Timo Somers and bassist Otto Schimmelpenninck van der Oije, vocalist Charlotte Wessels completely owned the stage. And while there is almost an expectation to hear operatic vocals within the symphonic metal genre, Wessels defies the trends with clear-cut powerful vocals that had the room jumping. Founding member and keyboardist, Martijn Westerholt was regretfully tucked back away from the audience, but his symphonic harmonies were spot on and he was often seen trading jokes with Oije.

There’s no question that the band was having the time of their lives up there. And why not? They had the audience completely hooked and off their feet with sing-along songs like “Stardust” and “Not Enough”. Delain played a short but intense six-track set deserving of a headliner spot. Catch them on tour with Nightwish and Sabaton through May 14th. Tour dates listed after our gallery.