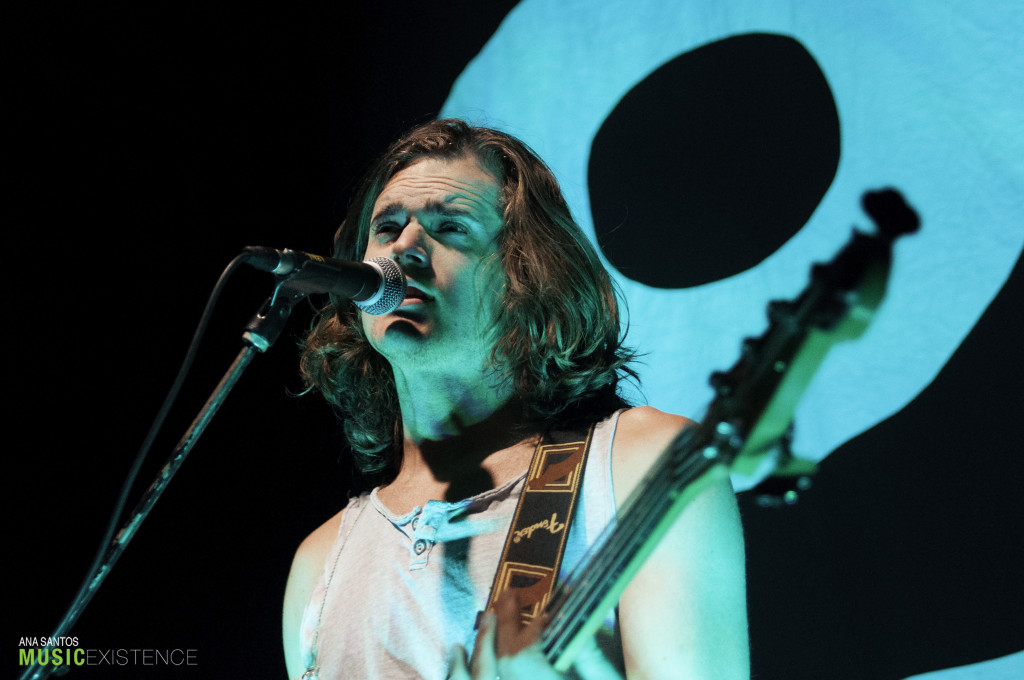 You’re sure to have heard of them by now. If you haven’t, you’ve definitely heard their hit “Come With Me Now” rising quickly up the Billboard chart with appearances in the Expendables 3 and a Ram Trucks TV commercial.

Originally from South Africa, KONGOS consists of four brothers, Dylan (bass & vocals), Jesse (drums & vocals), Daniel (guitar & vocals) and Johnny Kongos (accordion, keyboard & vocals) currently on their first headliner tour in support of their 2012 sophomore album Lunatic. KONGOS is a distinctive band among its alternative rock peers, and they proved it right out of the gates at NYC’s Irving Plaza. Kicking off the set with the rhythmically strong “Hey I Don’t Know”, drummer Jesse Kongos took the helm on vocals before an eager crowd who was not in the least hesitant to join him in a boisterous chorus.

With a sound strikingly reminiscent from 1970’s artists like Paul Simon, and their own father John Kongos, KONGOS’ is an eclectic mix of Kwaito beats, slide-guitar and unconventional accordion melodies that come together to create strong sing-along hooks in their songs. Coming late in their set, the obvious favorite of the night was “Come With Now” which surged the packed venue to its feet. KONGOS performs with an earnest desire to entertain, utilizing trippy dreamscape video screens and unique smoke ring canons that shot over the audience during “I’m Only Joking” (the kick-off track on their album and another crowd-pleaser). Covering 11 of the 12 tracks off Lunatic, the band filled their 16 song set with choice covers of The Beatles’ “Eleanor Rigby”, New Order’s “Blue Monday” and playing homage to their father with “Tokoloshe Man”.

KONGOS’ work translates flawlessly on the live stage. They know how to keep their audience engaged in what is definitely a departure from fellow alternative-rock bands. With a new album in the works following the current tour and the backing of Epic Records, KONGOS is slated to see their hard work pay off.

Check out our gallery from the show.

NYC’s Setlist:
Hey I Don’t Know, Sex on the Radio, Kids These Days, Escape, Take Me Back, It’s a Good Life, I Don’t Mind, Traveling On, This Time I Won’t Forget, Come With Me Now, Eleanor Rigby (The Beatles’ cover), I Want to Know, Take It From Me, I’m Only Joking. Encore: Tokoloshe Man (John Kongos cover), Blue Monday (New Order cover)