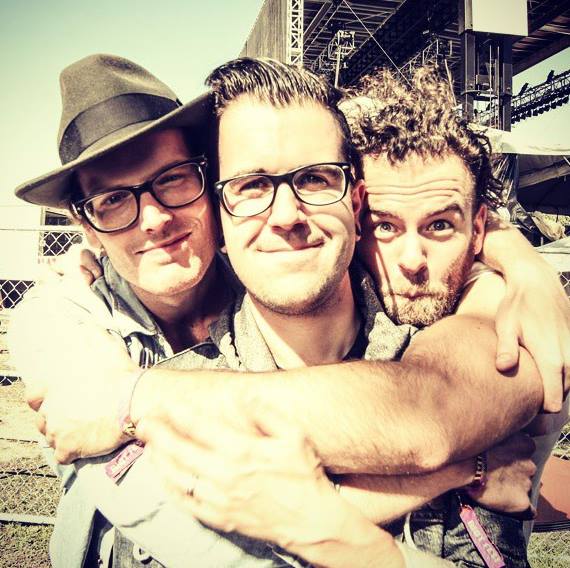 Now picture this: a Pentecostal worship leader decided to start a new loud band influenced by the likes of Band of Horses and Pixies with an Arctic Monkey hint. This will describe the band and their sound, except their lyrics isn’t exactly very Christian. That’s the impression you get once you listen to the first track in Mutts’ new record – the latest export of the Wind City are so ready to bring down the house and get you in a good mood with its insanely explosive music.

Fuel Yer Delusion Vol. 4 spare no time on bringing the energetic guitar riffs from “America Next Top _______ pt. 1” to the jazzy “People”, every track is wilder and much better. Mike M. vocals reminded me a lot to top notch singers such as Ben Bridwell, Neil Young and Jim James and really give a nice vibe and touch to every song, his overreaction is both hilarious and brilliant. Their music is very eclectic and sometimes inconsistent (“Proof”); they go from Ska, Punk and Grunge with so much ease without losing their touch. The music arrangements are almost flawless which is an achievement for a band with such a chaotic music, there is a structure from melody to harmonies; it’s not a bunch of probably drunk dudes making lot of noise.

I seriously don’t see who wouldn’t go crazy for this band as they press the “play” button, different to many albums these days that no matter how hard artists try to, they eventually sound the same. The album doesn’t, at first it gives you the impression it does but that changes the minute you listen the next single, then the other and so on… half kitting/half serious, if you are mentally unstable, I would recommend you to look for another act as this band will not do any good to you. I think I talk for the band too when I say we don’t want do any crazy thing after listening to the album.

In the end, Mutts will blow your mind. Their excitement and music passion translates very well in every single and while the lyrics might not be very deep and meaningful, like I’ve been making emphasis throughout the review, they are not here to change the world or help you go through a harsh time but to forget all your problems and have a good time. Question is: Are you ready?

Previous Jason Masi – Power of a Woman
Next Extreme at the House of Blues, Chicago on 01/28/15