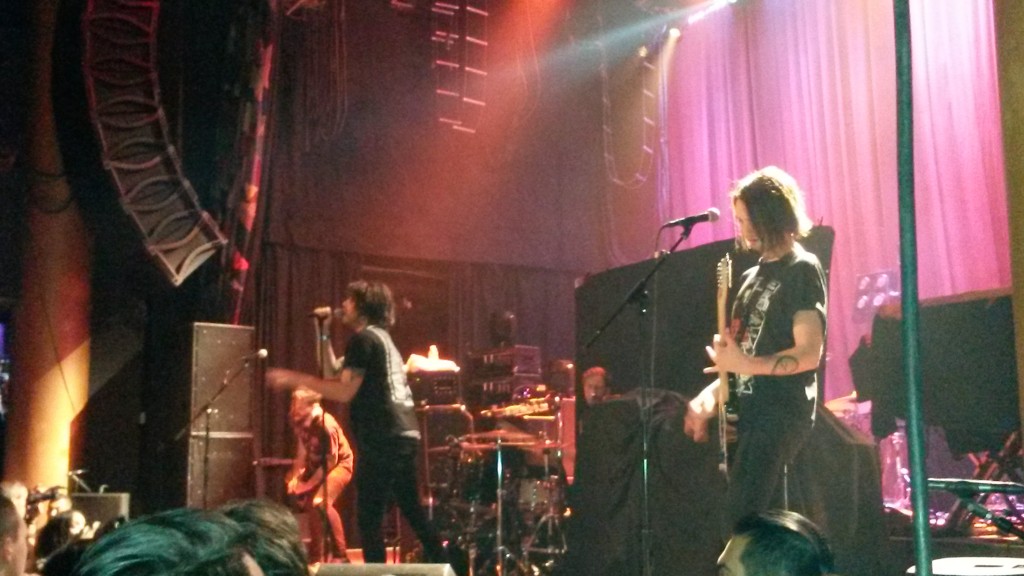 The award for “most fun opening band of the year” goes to WOUNDS. The Dublin based rock band stopped by the House of Blues, in Downtown San Diego last night in support of HIM and definitely did their part in getting the crowd warmed up. Lead vocalist Aidan Coogan put on a display as he howled through the bands set consisting of tracks from their recent album Die Young and the crowd was fully involved from the moment the band hit the stage.

Fans lined up in anticipation for the show hours before the doors even opened. By the time WOUNDS hit the stage to start the show the venue was already swollen with metal and rock fans of all ages. The bands on the bill, also including Motionless in White, fit perfectly together for a tour. The crowd was energetic, lively and participated throughout all three bands, which is a rare thing to see these days. At many shows opening bands may not get the love they deserve from a crowd waiting for the main act to come on but that also speaks to how great the WOUNDS performance was. HIM and Motionless in White couldn’t have asked for a better table setter.

The sound permeating from WOUNDS can be described in a few different ways. They fuse together rock, metal and punk that pack a real punch when in a live setting. Their new album is heavy and you can see how badly the band wants to re-create that on stage. The highlight of the night was during the final song “Dead Dead Fucking Dead” when Coogan led the crowd in a chant of the same verbiage. It got the crowd ready for more which is the exact goal for an opening band. Even during their headlining dates, WOUNDS will leave their audiences fulfilled yet wanting more.

Tags HIM Motionless In White WOUNDS