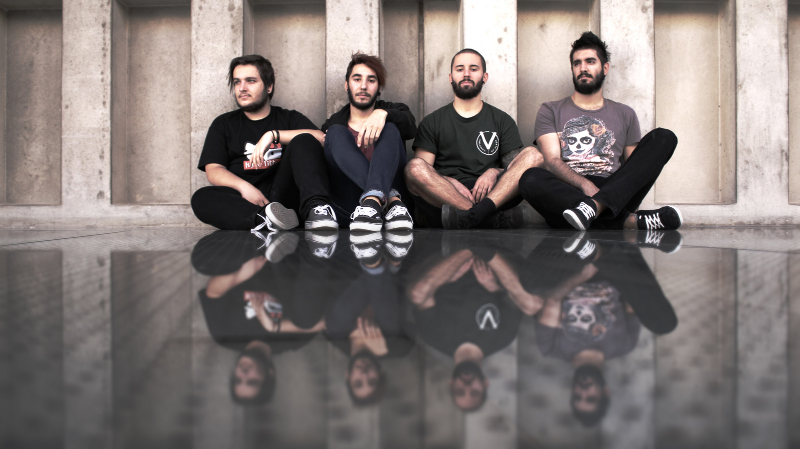 Imminence Records is continuing their “Very Metal Winter” metal campaign, which will feature almost exclusively metal releases and announcements along with the hashtag #verymetalwinter, by announcing that they have signed Greek progressive metalcore outfit Blindfold. The band had previously been signed to At Your Command Records before the label’s founder moved on to a ownership role at Famined Records. Vocalist Nick Mavromatis had this to say on the signing, “We are really glad to announce that we have signed with Imminence Records. We believe in the people that work for Imminence Records, and we hope that this will be our first, big step to get our music out there.” The band has also released their first single, entitled “Cyclic Patterns,” exclusively on It Djents. It Djents is a metal leaning YouTube channel that leans towards progressive metal and djent related bands.

The single will be found on the band’s forthcoming 2015, entitled The Universe We Live In, with Nick commenting, “Our new single, Cyclic Patterns, will be the last song on our upcoming EP “The Universe We Live In”. We tend to believe that this is a song that has it all; fast, heavy, math breakdowns, technical riffs, nice harmonies, catchy melodic leads, and vocal lines along with ambient and electronic parts. We want our whole EP to be around this style, which is somehow progressive metal with lots of djent and metalcore elements amongst many other genres. The recordings and the whole production process of the EP is done solely by us.” Nick went on to describe the subject matter, “The subject of our EP has to do with the way we perceive the world around us. The Universe We Live In is a phrase that actually is used here to describe how everyone perceives his own universe differently through his brain and his own mental processes. You can understand that also from our EP cover, where in the center of the universe are found human brain neurons.”

Stephen Vicino is the founder of MusicExistence.com. He created this site to give talented musicians a voice and a way to be discovered.
@@svicino
Previous RESH’s New Video For Hit “Silent Generation”
Next Win the chance to perform at Liverpool’s iconic Philharmonic Hall with Paul Carrack