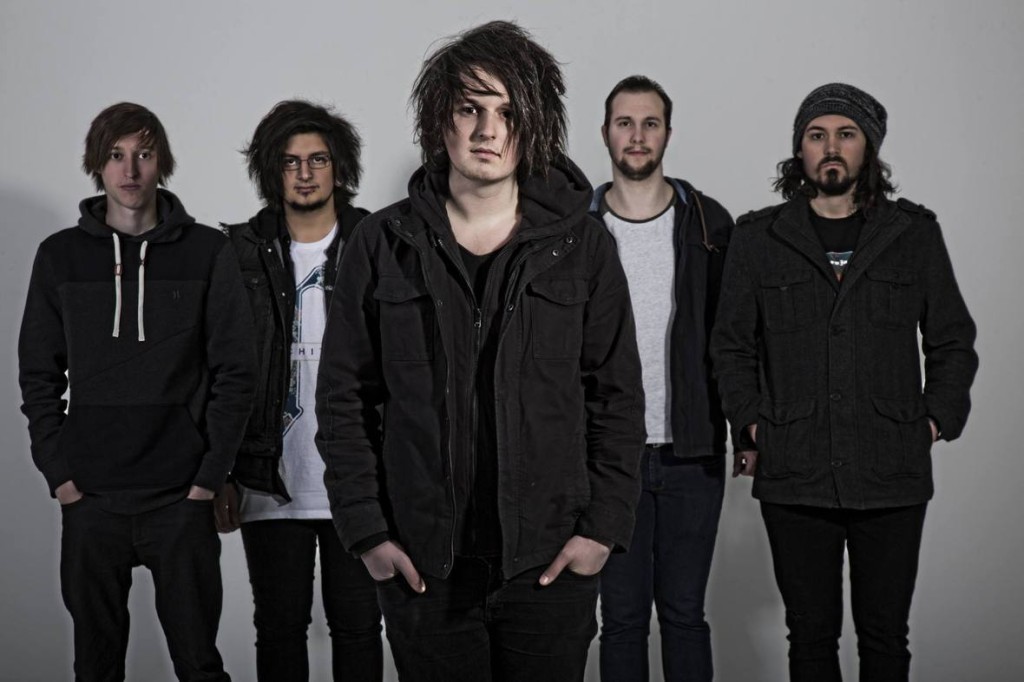 Post-Hardcore outfit SKYBOUND will release their debut EP ‘Darkfall’ on December 16 in the U.S. via We Are Triumphant Records.

Originating from Melbourne City on the southern coast of Australia, SKYBOUND are a five piece Post-Hardcore band birthed from a group of ambitious and talented young musicians looking to burst into the scene and send shock-waves through it. All members having recently come from previous music endeavors came together via networking to not only create something musically that is both unique and defining, but to create a movement behind their music itself.

With breathtaking breakdowns, bouncy riffs, intricate synths and moving choruses the ferocious post hardcore sound SKYBOUND put forth is something that fans of major bands can grasp onto whilst simultaneously enjoying it for the refreshing sound it is. Fans of heavyweight bands such as Memphis May Fire, Asking Alexandria, A Day To Remember, The Amity Affliction and I See Stars will find something for themselves in the songs SKYBOUND releases, that both satisfy’s their taste in music whilst holding deep lyrical content backed by vicious screams and catchy clean vocals they are sure to connect to.

Leaving great first impressions SKYBOUND are already making way in the music scene, their unshakable ambition and skyrocketing motivation standing out above many others around them, proving they’re a band to keep an eye on

You can be rest assured live performances from SKYBOUND are nothing short of energetic, explosive and all around entertaining, sure to keep crowds on their toes as this experienced group of musicians brings the best elements of a show to the stage.

Stephen Vicino is the founder of MusicExistence.com. He created this site to give talented musicians a voice and a way to be discovered.
@@svicino
Previous Anglestoashes Release “Heavy Words and Hollow Bones” Video
Next Cloudkicker Stream “Live with Intronaut”