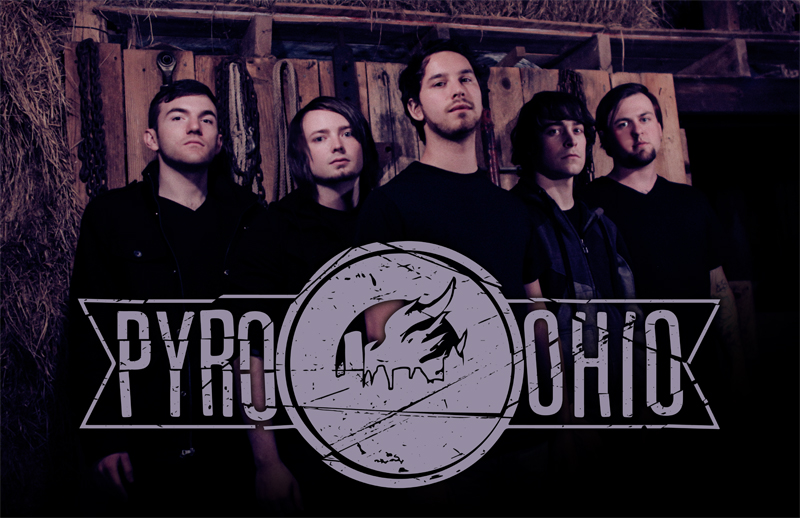 Virginia’s Pyro, Ohio has been hard at work on new material, and they are ready to unleash their first new material since 2013’s Before The Sun Sets…. On the heels of being selected as one of the top American unsigned bands by Hot Topic, the band is now set to unleash their new single, entitled “Did I Mention I’m a Hypocrite?,” November 4th. Guitarist Stephen Noel commented on the single, “This new single means so much to us. We have gone through a lot of changes since we released our last EP, including welcoming two new members. It is our most complete and mature song to date, and we could not be more proud of it. We are so excited for the future of Pyro, Ohio.”

The Greg Parker (Camisado, Emarosa, Everyone Dies In Utah) produced single will be released on all digital stores for purchase and as a music video. The music video for the single was filmed and produced by David Borges of Efileno Arts and Media. Guitarist Jake Whalen commented on the music video by stating, “The videos are special to me because I was able to film them where I grew up. To me it represents a culmination of who I was as a kid and who I am now. The main character in the video is on a path to finding a new identity through the events that have taken place; I’m also at a point in my life where changes have presented themselves and I’m trying to figure out exactly where I stand.” David added, “We headed out to some mountains in the country side of Virginia where we filmed for a few days and I got to see some of the most beautiful scenery there.”

Tags Did I mention I'm a Hypocrite Pyro Ohio

Stephen Vicino is the founder of MusicExistence.com. He created this site to give talented musicians a voice and a way to be discovered.
@@svicino
Previous HUNTRESS To Support AMON AMARTH In Europe/UK Early 2015!
Next GET SCARED ANNOUNCES NORTH AMERICAN TOUR WITH SLAVES & FAVORITE WEAPON

Pyro, Ohio Release Stunning New Lyric Video for “The Genie Should Stay in the Bottle”