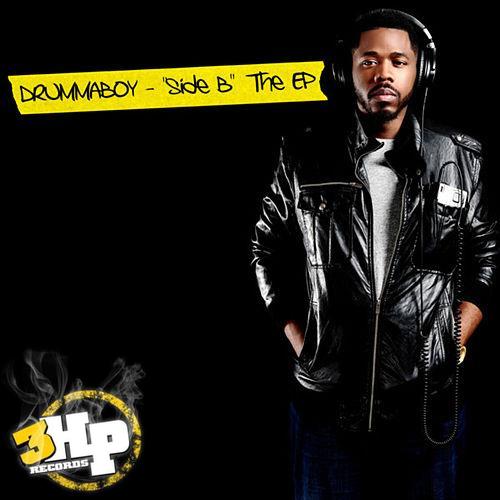 At an early age, he started to develop an ear for music. To other people it was nothing but noise when he started playing drums; but for James it was more of an imagination of what he could do and where he could go with his talent, hence the stage name… “Drummaboy”. The love of music grew into a love for media and production. His father (being a musical genius and having the mind for electronics and computers) started James off with a computer around the age of 11. He later introduced him to a music production software that changed his life forever. This started the foundation of James learning how to play the keyboard. He later grew into the love for the bass guitar. With all these talents combined, music production became a release of imagination and a personal connection to the spirit of God.

His first project, “Side A”, was sparked from an idea to do a mixtape. Having several completed musical ideas, “Drummaboy” came with the concept of a cassette tape. In all this, he has been sought after to produce other projects for other artists in several different genres. Gracing a plethora of stages in the US, his biggest performance was the AIM Convention 2013. James “Drummaboy” Harris has also shared the stage with many known artist such as Tye Tribett and Thomas Clay.

Soon to release his second project, “Side B” , ‘Drummaboy” recently signed with 3HP Records. Under the label, his single “We Need You More” was released exclusively to many radio stations for review and radio play. Receiving excellent feedback from so many DJs, it is evident why his favorite quote is “We’re Up Next” . James “Drummaboy” Harris strives to be the next generation artist, producer and songwriter. One can only imagine what the future holds for this young man of God.

Tags Drummaboy James Harris Side B The EP

Stephen Vicino is the founder of MusicExistence.com. He created this site to give talented musicians a voice and a way to be discovered.
@@svicino
Previous Album Review: Slipknot – .5: The Gray Chapter
Next HUNTRESS To Support AMON AMARTH In Europe/UK Early 2015!