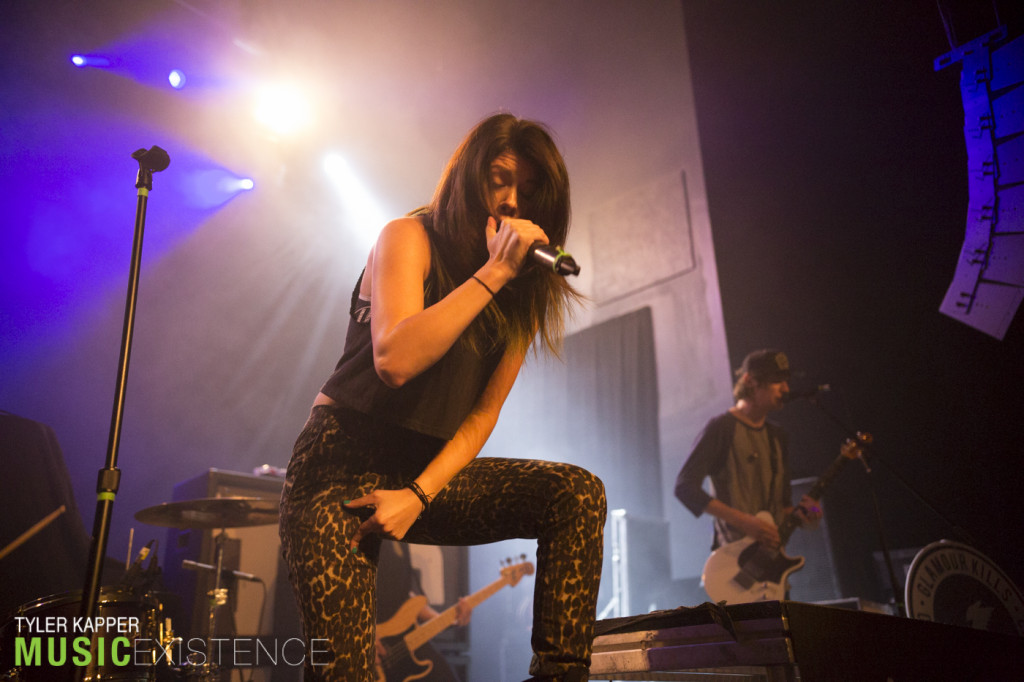 We Are The In Crowd, a pop punk band from Poughkeepsie, New York started right on time and frontwoman, Taylor Jardine’s vocals blew everyone away. The amount of energy and passion oozing out of these guys was incredible. Six songs later, and the energy was still high.

WATIC, formed in 2009, is currently on tour promoting their second album Weird Kids. An album filled with lyrics and harmonies that are refreshing, kick-ass and super catchy. We Are The In Crowd not only brings messages of positivity, but also demonstrates the vulnerability of being young and striving to reach your dreams.

They started the show with a few songs from their previous album, Best Intentions. Reminding the audience to never stop moving forward even when life throws curve balls and times can be difficult. And quickly demonstrated their growth with song’s from the new album.

The highlight of the show came when Taylor Jardine and Jordan Eckes displayed their vocal chemistry during The Worst Thing About Me, as the guitar and drums molded around that connection, giving the performance that extra memorable feeling. Later showing some love to the Austin crowd by expressing their gratefulness to the city on stage and later taking a few pictures with fans.

We Are The In Crowd are truly a fun and energetic band filled with strong passion for performing and were ready to put everything out there to show a crowd the essences of being rockstars!

Tags Emo's Austin Photography We are in the Crowd