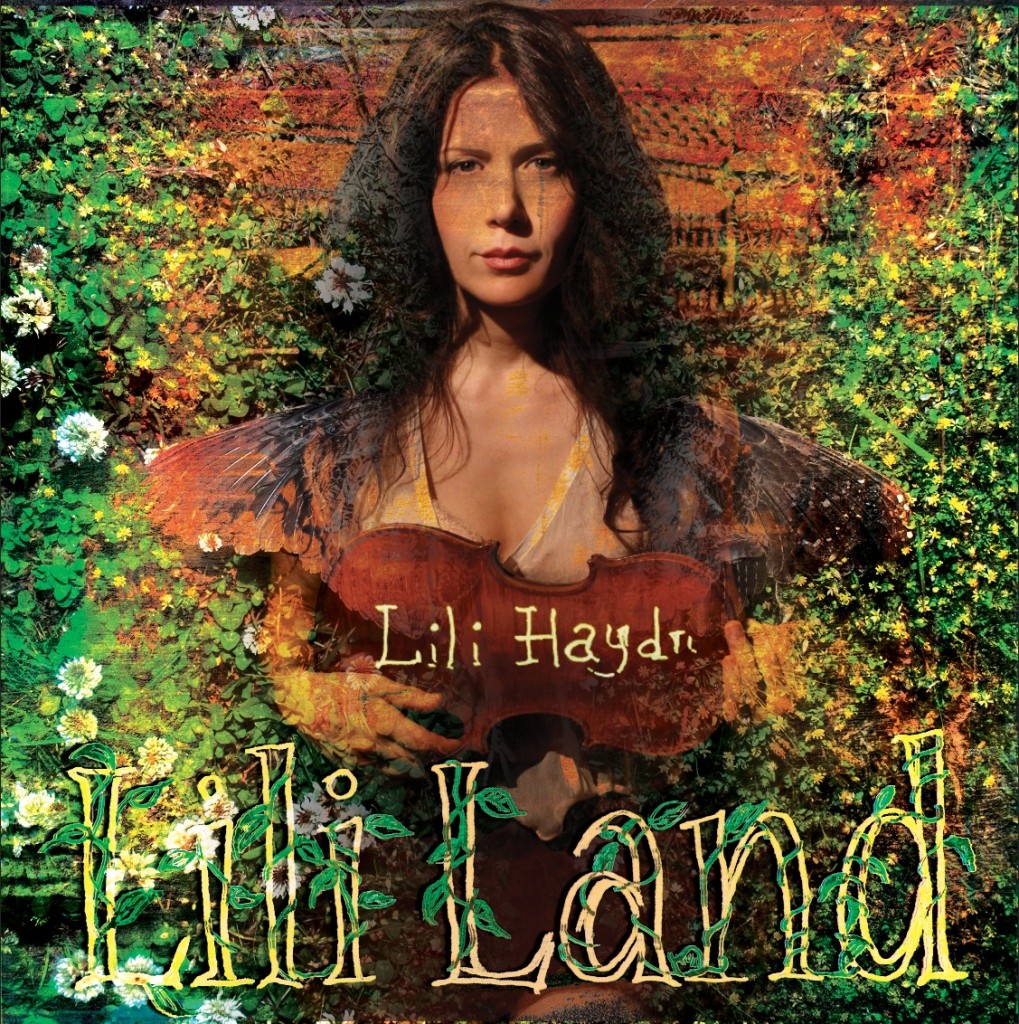 Leading up to the release of LILILAND (MRI/RED)—hew new full-length album due out Tuesday, September 16–singer, songwriter, composer and violinist LILI HAYDN has teamed with Yahoo! First Listen for an exclusive album stream. Starting today through Friday, September 12, fans can log on to hear her new music of what she calls “the jungle of my mind…Fun, fragile, and ferocious songs about losing everything and getting it back.”

LILI HAYDN will celebrate the release of LILILAND with shows in Los Angeles, New York and Philadelphia.  The Los Angeles event—set for September 30 at The Sayers Club in Hollywood–is in collaboration with human rights organization AmeriCares (http://www.americares.org/).

Produced by the Los Angeles-based artist herself and mixed by Darrell Thorp (Radiohead and Beck) with drum work spearheaded by Matt Chamberlain (Pearl Jam, Lana Del Rey and Tori Amos), the 12-track album is a blend of quirky pop hooks, soulful melody, and raw grooves. It’s all unified by her unique brand of violin virtuosity, nakedly honest vocals and poignant lyrics that reflect her passion for social justice and personal soul-searching.

“LILILAND was written and recorded in the four years following a freak chemical accident in my home, in which the pesticides in the foundation used to prevent termites made me sick, caused brain damage, and forced me to get rid of everything I owned,” says HAYDN. “After trying every therapy around, I finally recovered by way of practicing my violin.”  She adds: “My song ‘How I Got My Brains Back’ starts with a classical melody that helped me get well, and unleashes the healing mayhem of a rock violin concerto.” HAYDN explores this period of her life in a 2012 TEDx TALK which can be viewed here.

The album features “Sea of Gold” which has been featured on Nic Harcourt‘s nationally syndicated radio program “Connections” and added to several non-commercial and college radio stations around the country.  There is also a uniquely arranged rendition of the Led Zeppelin classic “Kashmir” as tribute to the legendary band. Watch the recently released music video for “Kashmir” here. HAYDN performed the song live in 1995 with Jimmy Page and Robert Plant at The Forum in Los Angeles and subsequently opened for them on their last U.S. tour.

Joining HAYDN on LILILAND are acclaimed singer/songwriter/musicians Marvin Etzioni (“My My Cross The Line”) with Itai Disraeli and Blake Mills (“Elephant Trapeze [Welcome to LiliLand]”).  “Hadyn’s skill with the bow and strings can be seen all throughout her latest outing, Lililand,” wrote Brice Ezell of POPMATTERS.COM (8/28/2014), “…which comprises 12 tracks that highlight her top-notch violin playing, honest lyricism, and musical creativity.”

Stephen Vicino is the founder of MusicExistence.com. He created this site to give talented musicians a voice and a way to be discovered.
@@svicino
Previous Atlanta Native Group 3D The Boss Partners with W Atlanta-Midtown; Scores Soundtrack to W Insider Video
Next GREY GORDON DEBUTS NERVOUS ENERGIES SESSION