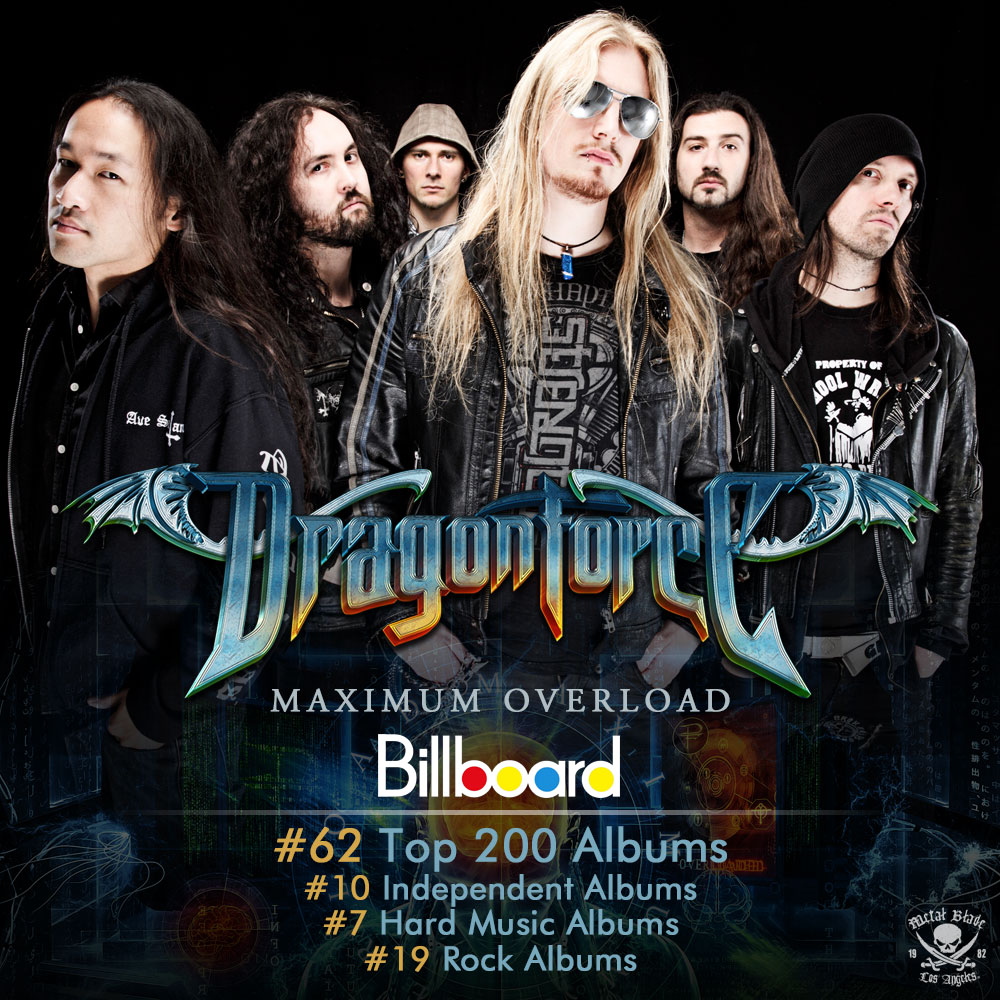 DRAGONFORCE on their chart positions and plans to return to North America:

“Thanks to all the fans that picked up the new album ‘Maximum Overload’. Some of you believe this to be the best DRAGONFORCE album yet.  We can’t wait to take the Maximum Overload World Tour to North America in 2015!”

“Maximum Overload” was produced by Jens Bogren at Fascination Studios in Örebro and Varberg, Sweden, the new opus is the band’s first ever album involving an outside producer, having historically opted to record themselves in association with Karl Groom.

The album also features an all time first for DRAGONFORCE…a cover song! Guitarist Sam Totman explained: “Just before the last Australian tour, our manager suggested it might be interesting to do a cover for the next album, something we’ve always refused even to consider. Because we had all had a couple beers every band member wrote down 3 songs each and we compared them all, just for a laugh. I wrote down ‘Ring Of Fire’ by Johnny Cash, an idea which the rest of the band loved, so we’ve DRAGONFORCE-ized it”!

Stephen Vicino is the founder of MusicExistence.com. He created this site to give talented musicians a voice and a way to be discovered.
@@svicino
Previous Emperor Yes to release Jeremy Warmsley produced debut ‘An Island Called Earth’
Next Australian chart dominators The Griswolds release sun-drenched, harmony-stuffed new single ‘Beware The Dog’