Nashville’s The Wild Feathers will perform “The Ceiling” on The Late Late Show with Craig Ferguson Friday, September 6th. The Late Late Show with Craig Ferguson airs at 12:35am/11:35pm CT on CBS. “The Ceiling” is the first single off the band’s self-titled debut album, which opened at #1 on last week’s Billboard Heatseekers chart. The Jay Joyce (Cage the Elephant, Emmylou Harris)-produced release came out August 13th via Warner Bros Records.

The Wild Feathers have added more tour dates to their fall schedule, including several shows with Gary Clark Jr. The five-piece just wrapped a run with the legendary Willie Nelson, on which they were lucky enough to join Willie onstage for several songs each evening – they are now out with ZZ Ward. These shows come on the heels of a year of heavy roadwork, including a tour with with Ryan Bingham, dates with Bob Dylan and stops at the Sasquatch and Hangout Festivals, as well as Milwaukee’s Summerfest, Louisville’s Forecastle Festival and San Francisco’s Outside Lands. Nashville’s Live on the Green and the Austin City Limits festival are also upcoming.

Critical response to The Wild Feathers has been effusive. Rolling Stone declared the album “something that fans of heartland artists like the Avett Brothers and My Morning Jacket will appreciate while it recalls the magic of Tom Petty and Neil Young,” Relix called it “boisterous and impassioned, reverberating with a raw, live quality,” American Songwriter said “The Wild Feathers may seem like newcomers, but they’re catching up fast,” and the NY Daily News gave the album four stars, declaring “the Feathers have the vulnerability and beauty of the Jayhawks…the chemistry they found has the ‘eureka’ effect of the great American harmony-rock bands, from Buffalo Springfield to Poco.”

Stephen Vicino is the founder of MusicExistence.com. He created this site to give talented musicians a voice and a way to be discovered.
@@svicino
Previous STEVE AOKI ANNOUNCES AOKIFY AMERICA TOUR
Next PROF PREMIERES NEW TRACK “ZOO” ON 2DOPEBOYZ 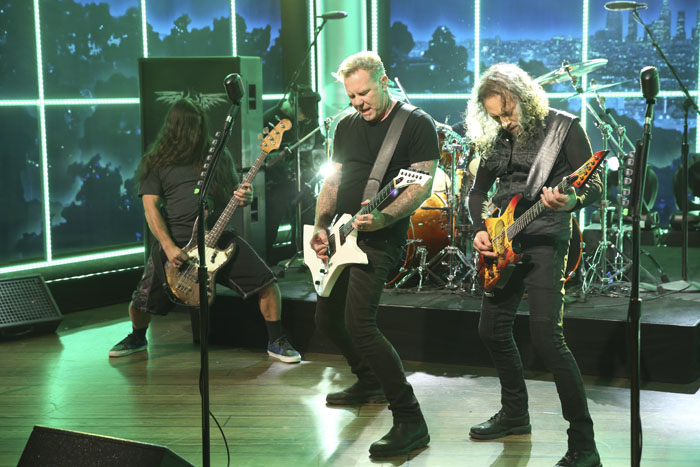 Miss Metallica on The Late Show? Watch Them Now!