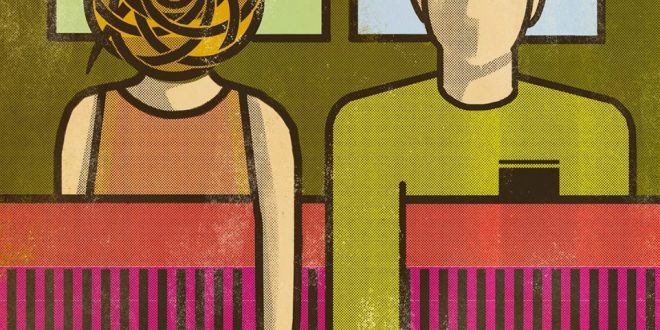 Warm Bodies, a six song EP from New York City’s Madam West, is a memorable and condensed release from a group that’s a bit of a hybrid, but nevertheless offers up a recognizable and highly appealing sound. Fronted by Sophie Chernin, the five piece initially began their run as a duo before seeking out other members and filling out the sound. They now come off as a mix of alternative rock, pop, neo-soul, and folk with equal attention paid to the lyrical message they want to convey as we hear in their musical arrangements and playing. Madam West aims to be a complete experience and succeeds with room to spare. Warm Bodies doesn’t sound anything like a group’s early recordings; instead, the six songs on this EP come off as the results from a band’s songwriting who know exactly what they are doing, what they want, and how to get there..

They get there with immense stylishness. We are clearly in the presence of a band cut from a different cloth than most with the first song “Strongest Son”. It’s an unique and ideally tempered confluence of guitar, synthesizer, keyboard, bass, and drums that makes Madam West’s musical engine purr and few of the songs on this EP roll along as contentedly as “Strongest Son” does. The drum sound is particularly strong here and throughout the release. Madam West tempers their approach some with the title song and second EP number, but this song shares some similarities with the first in the way it reflects a certain side of the group’s musical character. They are not beholden to it, however, as illustrated by the near fusion aspects of the song “Erstwhille Manatee”. There’s a little bit of jazz falling in this group’s wheelhouse, as well as the blues, though these are never elements of their sound they play up. Instead, we encounter those influences at once remove, usually, and the following number “Seams” embodies this as well while mixing in some of the alt rock guitar work we heard in the first two tracks. “Seams”, likewise, makes great use of ambient sound to ratchet up the intensity of the piece.

“L” is one of the EP’s better tracks thanks, in particular, to a wonderfully sensitive Chertin vocal, but the remainder of Madam West excel too thanks to their never less than admirable talent for finding subtle elaborations on themes that other bands either lack the skill or discipline to ferret out. Warm Bodies ends with the track “Wise Blood”, far and away the EP’s longest composition and performance, and it never proves to be more than the band can chew. Instead, the finale serves a dual purpose – it places a bold and undeniable period at the end of this brief but formidable work while also serving as a sign post of sorts, possibly, for where the band may be going from here. They are clearly in control of their own unique musical destiny and writing the material they feel most comfortable with – this shows in every song. Madam West is as impressive as it comes on the indie alt rock scene today and deserve a wide hearing.