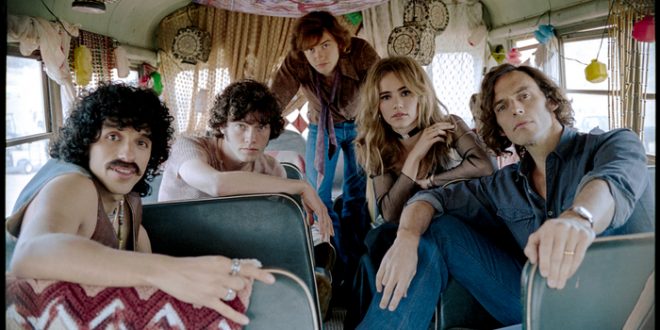 Daisy Jones & the Six announce debut album Aurora and release lead single “Regret Me” from the highly-anticipated adaption of Taylor Jenkins Reid’s bestselling novel. The show’s trailer dropped today along with the album’s first single, finally giving fans a taste of what to expect sonically and visually from the upcoming series and album. First glimpses of the cast were revealed last month, increasing the anticipation of more content. The show’s music is written and produced by GRAMMY award winner Blake Wills along with an acclaimed, star-studded lineup of collaborators.

Atlantic Records announced today that both Aurora, the timeless debut album from Daisy Jones & The Six, and the limited series will be released on Friday, March 3rd. The forthcoming LP from the titular band of the highly popular 2019 novel features 11 original tracks, including the show-stopping lead single “Regret Me” that is out everywhere today. The series adaption ‘Daisy Jones & The Six’ will premiere March 3rd on Prime Video, with new episodes released every Friday through March 24th, starring Riley Keough, Sam Claflin, Suki Waterhouse, and more. The highly-anticipated series arrives via Amazon Studios and Reese Witherspoon’s media company Hello Sunshine. 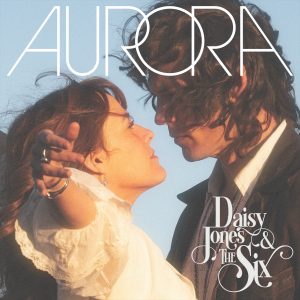 Today’s release – “Regret Me” – is a title that readers will recognize immediately as one of the many emotionally-charged hits that characters Daisy Jones (Keough) and Billy Dunne (Claflin) co-wrote in the 1970s for Aurora and released via fictional label Ellemar Records. Viewers of the show will similarly recognize the Aurora album artwork as having been lifted directly from the limited series. “The Six” is comprised of Claflin, Waterhouse, Will Harrison, Josh Whitehouse and Sebastian Chacon rounding out band alongside Keough. The group became a band both on-screen and off, learning their character’s instrument for the very first time during production, and Keough and Claflin lending their vocals to each track.

Helmed by acclaimed GRAMMY-winning songwriter, producer, and multi-instrumentalist Blake Mills (Bob Dylan, Fiona Apple, Alabama Shakes, John Legend, Perfume Genius), Aurora and other music from throughout the show boasts co-writing credits that include some of today’s biggest names in music, such as: Marcus Mumford, Phoebe Bridgers and Jackson Browne, with additional production from renowned record producer Tony Berg (Phoebe Bridgers, Andrew Bird), alongside instrumentalists from Rilo Kiley, The Who, Nine Inch Nails, Pearl Jam, David Bowie, Elton John, Jeff Beck, The Wallflowers, and more. Mills – who also executive produced the music from the series – recorded the entirety of Aurora with Keough, Claflin, and the above collaborators at Sound City Studios. The iconic studio, which is now jointly run by Mills, Berg, and filmmaker-producer Jordan Tappis, also serves as the backdrop in both the book and limited series for the creation of the album. On the process of bringing this soundtrack to life, Mills states, “Creating the library of music for Daisy Jones and The Six was an experience I’ll never forget. I am grateful that, among other things, it afforded me an opportunity to collaborate with so many of my peers, and also some of my heroes.”

Aurora is now available to pre-save and pre-order on vinyl.

CONNECT WITH DAISY JONES & THE SIX