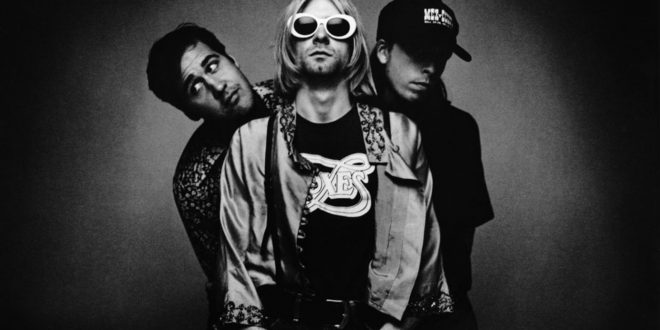 Each year that passes, music lovers rejoice over the celebration of albums we hold near and dear. Albums that stand the test of time often get the special treatment on their anniversaries, or at least an acknowledgement of their service. As we get into the swing of 2023, the impending releases of new music may bog down our listening patterns. To pay homage to the albums that shaped our culture and industry, the following is a list of 30 albums celebrating big birthdays this year. Here is a roundup of the albums we know and love, by the decade. Feel old yet? Us too.

British rockers Arctic Monkeys spawned a modern rock evolution with their fifth studio album, AM. Shifting from their trademarked indie rock sound, this chart topping album found them leaning into psychedelic, blues rock, hard rock, desert rock, hip hop and soul influences. Hits “R U Mine,” “Do I Wanna Know,” and “Why’d You Only Call Me When You’re High?” became instant classics and landed the band on every top chart. AM turns double digits on September 9th.

American rock band Foxing released their debut album on November 12, 2013 and it quickly became a staple of the midwest emo revival. It is only one of the many genres Foxing would go on to explore in their music. Songs like “Rory” still hold strong a decade later.

The eponymous debut album by British indie rock giants The 1975 created an instant stir upon its release. Led by frontman Matty Healy, the band’s sound experimented with electro pop, emo, punk and rock stylings and instigated the Tumblr-driven black and white indie aesthetic of the time. The 1975 will celebrate its tenth anniversary on September 2nd.

Bastille’s debut studio album was released on March 4, 2013 in the United Kingdom and on September 3, 2013 in the United States. Unveiling tracks like “Pompeii,” “Flaws,” and “Things We Lose in the Fire,” the album debuted at number one on the UK Albums Chart and is certified triple platinum in the UK.

Infestissumam (meaning very or most hostile in Latin) is the second studio album by the Swedish rock band Ghost. Released April 10, 2013, their heavy metal sound detailed the story of the Antichrist, and although controversial, it garnered the band a cult following.

Youth is the debut studio album by American rock band Citizen, released June 11, 2013. Their blend of emo and grunge instantly turned heads and became a modern staple for heavy rock fans. For its tenth anniversary, the band just announced their plans to perform the album in its entirety at select “Decade of Youth” shows.

Night Time, My Time is the one and only studio album from American singer/actor Sky Ferreira. After a notorious battle with her record label, this remains the only full-length LP she’s released to date. The album is widely cherished by fans and is still praised for its indie rock and synth-pop sounds atop Ferreira’s silky vocals. The album will turn ten on October 29th, and it is no doubt fans will celebrate with the hopes of new music on the horizon.

Indie rock trio Haim – composed of sisters Este, Danielle, and Alana Haim- released their debut LP on September 27, 2013. Influenced by the ’70s rock they grew up on, the album draws heavily on classic rock and r&b influences, all with pop-facing accessibility. Singles “Forever,” “Don’t Save Me,” “Falling,” and “The Wire” showcased the group’s talents and sent them on an upward trajectory.

Rock duo The White Stripes’ fourth studio album was released on April 1, 2003. It garnered critical acclaim and commercial success, earning a nomination for Album of the Year and a win for Best Alternative Music Album at the 46th Grammy Awards in 2004. Often cited as one of their best works, it remains a fan favorite nearly two decades later.

Give Up — The Postal Service

The Postal Service was a collaboration between singer-songwriter Ben Gibbard (Death Cab for Cutie) and musician Jimmy Tamborello. Give Up is their only studio album, released on February 18, 2003. Its sound contrasts manipulated samples and keyboards with live guitar and drums, which has been coined “indietronica.” It remains a classic in the indie world to this day.

Room On Fire — The Strokes

New York garage rockers The Strokes released their sophomore album, Room On Fire, October 28, 2003. Its title is derived from a lyric in the song “Reptilia,” which remains one of their most popular singles to date. While it wasn’t an instant success with all listeners, it has become an infamous record in the band’s discography.

Permission to Land — The Darkness

British glam rockers The Darkness released their debut album on July 7, 2003, with a delayed release outside of the UK. Their boisterous sound and high energy instantly drew attention and cultivated a large following. Lead single “I Believe in a Thing Called Love” still remains their most-streamed song to date.

After touring and recording for half a decade, indie rock band Death Cab For Cutie took a much needed break before returning with their fourth LP, Transatlanticism. (In this time apart, Gibbard formed The Postal Service.) Exploring the theme of a long-distance relationship, the record is defined as a concept album and utilizes ambience and instrumental sparseness as an extension of this theme. The gold-certified album turns twenty on October 7th.

Following up the success of their debut Hybrid Theory, Linkin Park’s sophomore album Meteora was released on March 25, 2003. It ranks as the 8th best-selling album of the 21st century and is certified 7× Platinum. Combining rap rock and nu metal, tracks like “Somewhere I Belong,” “Faint,”and “Numb” solidified the album’s success.

Released on September 8, 2003, American rockers The Rapture introduced themselves on their pinnacle debut. Combining the post-punk revival with dance and electronica (an encouragement from James Murphy of LCD Soundsystem,) the group created a groundbreaking sound that was a drastic shift from the music of the 90s.

Her Majesty —  The Decembrists

American folk rock band The Decembrists released their second LP on September 9, 2003. Starting off with a piercing scream, lush lyricism and deliberate soundscapes depict a pirate tale. The album is a dramatic and confident telling of theatrical events, all masterfully composed and delivered with an urgency that frontman Colin Meloy owns. With sweeping sounds, Her Majesty remains a highlight in The Decembrists expansive catalogue.

Take This to Your Grave — Fall Out Boy

Fall Out Boy’s debut album served as the pop-punk blueprint after its release on May 6, 2003. With cunning song titles, and equally captivating lyrics, the band’s jovial charisma and hard hitting tracks led them to become the emo giants that they are known as today.

Released September 21, 1993, In Utero is Nirvana’s third and final album. The band’s grunge and punk rock sounds reached new levels on this effort. Frontman Kurt Cobain’s raw and uncensored lyricism on tracks like “Heart-Shaped Box” and “Rape Me” spurred both praise and controversy; regardless, it established him as one of the most iconic voices of a generation.

American alternative rock band the Smashing Pumpkins released their sophomore record on July 27, 1993. After the band was launched into quick fame with the release of their debut LP Gish, there was an added pressure on the band to succeed. Despite personal struggles across the band, Siamese Dream delivered a masterfully crafted album, considered today as a timeless alternative landmark.

The debut studio album by legendary hip hop group Wu-Tang Clan was released on November 9, 1993. Their distinctive style created a blueprint for hardcore hip hop during its reign in the 90s. In the battle of East Coast versus West Coast hip hop, Wu-Tang Clang dominated New York City and influenced the return of the East Coast Renaissance. With an underground and undivided quality to their music, Enter the Wu-Tang emerged as culturally and historically significant in mainstream music.

Rid of Me — PJ Harvey

PJ Harvey established herself as a pioneer of alternative rock in the 90s and beyond. Following up her critically acclaimed debut album Dry, her sophomore effort Rid of Me marked a departure from her previous stylings. Taking a more aggressive approach to songwriting, PJ’s raw, punk-inclined vocals paralleled the theme and structure of what she was singing. The commercial success of the album launched a movement for more female rock artists, and she is referenced as a female punk icon to this day. Rid of Me celebrates thirty years on May 4.

American alternative rock band Mazzy Star released their second studio album on October 5, 1993. The album’s opening track, “Fade into You,” became the band’s signature song and has continued to find a new life with today’s younger generation. With a hypnotic lull, lead singer Hope Sandoval delivers a riveting, dreamlike performance on each track. Their dream pop, shoegaze sound marked a cultural shift that many acts today have tried to follow.

A Tribe Called Quest released their third studio album on November 9, 1993. Following up their ’91 hit The Low End Theory, the album exudes an eclectic, gritty sound comprised of funk, jazz, soul and R&B sampling. Lyrically it relies on social awareness and humor to make its points. It is often regarded as one of the greatest hip hop albums of all time and has heavily influenced the genre’s foundations.

Everybody Else Is Doing It, So Why Can’t We — The Cranberries

Irish alternative rock ground The Cranberries took the world by storm on their debut album, released March 1,1993. Written entirely by the band’s lead singer Dolores O’Riordan and guitarist Noel Hogan, the pair developed a unique sound that blended alternative rock and dream pop. O’Riordan’s vocals are piercing and instantly identifiable, and paired with the band’s tight kinship, The Cranberries created magic right from the get-go.

English rock band Radiohead released their debut studio LP on February 22, 1993. The album contain’s the band’s trademark song, “Creep,” along with supplementary singles “Anyone Can Play Guitar” and “Stop Whispering.” While it is less acclaimed as work that would come later on in Radiohead’s career, Pablo Honey remains crucial in the band’s origins.

Exile in Guyville is Liz Phair’s debut studio album, released on June 22, 1993. The indie rock singer-songwriter found success with a clever idea and stellar execution: She recorded a song-by-song reply to the Rolling Stones’ classic 1972 album Exile on Main St. Targeting sexism and bigotry in the music industry, Phair’s personal musings resulted in a brash and empowered album that created momentum in a male-dominated industry.

Debut is the international debut album by Icelandic artist Björk, released on July 5, 1993. With diverse sounds ranging from house, jazz, and trip hop, Björk’s eclectic style broke down barriers for genre confinement. While not everyone knew how to take it, the songs on her debut were able to coherently combine a vast array of styles in an unprecedented way. Singles “Human Behaviour,” “Venus As A Boy,” “Big Time Sensuality” and “Violently Happy” showed her diversity and genius.