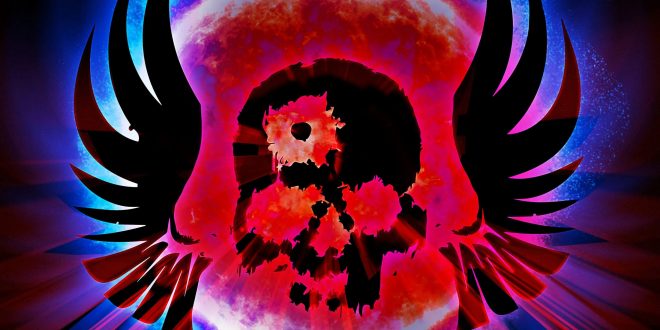 As far as contemporary competition goes, The Dead Daises have seemingly nobody to go up against; all mainstream rock acts are watered down, and all classic rock acts are coming close to washed up… The Dead Daises, entering their tenth year together as a band, have never sounded better. The new single “Born To Fly” off of their seventh studio album Radiance, acts as a perfect showcase of the band’s strengths and influences and allows the music video to even pull back the curtain a little bit on guitarist David Lowy’s side hustle as a fighter jet pilot (humble brag), The Dead Daisies have arguably never been better.

Working more or less as the fifth single off of Radiance, “Born To Fly” is releasing at the perfect time. It’s time to recollect everything, take stock of everything important, and let loose as the New Year comes hurdling fast at our heads — “Born To Fly” is about seizing the moment and going with things on the fly, as well as the more literal idea of chasing down the passion that makes you thrive and succeed! “Born To Fly” is a shredding rock number that feels distinct when put up against anything else coming out nowadays; there aren’t many bands out there delivering such musical punches as the guitar riffs and explosive drum hits, even without fighter jet pilots in the band. There is still so much exuberance and youthful verve within the band’s lineup, which can tend to feel lacking after ten years together!

In addition to Lowy, The Dead Daises are comprised of drummer Brian Tichy, lead guitarist Doug Aldrich, and vocalist/bassist Glenn Hughes. A mean and lean lineup makes for a mean and lean sound, and the way that these four men are able to blow the doors off of the place with this single is incredibly impressive. From artistic talent paired with the undeniable love of flight, there’s clearly a deeply personal stake at the heart of “Born To Fly,” and that alone is enough for the single to take off. Even without knowing Lowy’s story, though, there’s so much to love about “Born To Fly.” It’s a dynamite send-up to the days when rock music was focused 100% on rocking, and it doesn’t see any sense apologizing for how intense it wants to get.

At the end of the day, this is Grade-A hard rock music, and fans and naysayers alike won’t disagree on that. There’s a new energy coursing through The Dead Daisies with this record, and the title captures it perfectly. There’s a Radiance to the group that is unbeatable, and where they go from here will only be higher and higher; from a handful of studio albums and live EPs to a mobile app game, there’s nobody out in the world making things like The Dead Daises in the same way. “Born To Fly” is a victory lap single for the band as they look back on a crazy year and remember all of the tumultuous things that brought us to where we are.