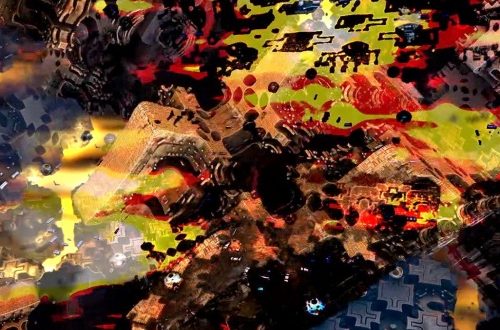 You could make the argument that nothing has been easy in 2022 and a lot of indie fans – myself included – would be inclined to agree right off the bat, but even with this being the case for the overwhelming majority of us in the world, Sonarpilot is intent on delivering us some relaxing, carefree grooves to change the narrative this fall via his new single and video “Pandora.” Stylized as a laid-back jam that is both introspective and strangely commentarial on life in general, this latest chapter from the solo project in “Pandora” is an ambient reminder to slow down every once in a while; starting with the moment you press the play button here.

There’s such a relaxing energy to the music in this single, and it all starts with the way Sonarpilot unfurls the beat. He isn’t in any kind of a hurry to unleash the climax of the track on us, nor is he trying to rush through his grooves in an effort to get the percussion into the spotlight ahead of his own implied emotional statements. Everything here is really deliberate and oddly seamless as it unexpectedly comes together with ease, leaving us no choice but to embrace the ensuing catharsis.

The synth parts in this track have an incredible color that makes every note in their melodic output sound vibrant and alive with youth and passion, but this isn’t the result of sophisticated production technology at all. I get the impression that simplicity – in every capacity and way – was of paramount importance to Sonarpilot when he was constructing this release, and were that not the case, I don’t think he would be going as out of his way to keep the aesthetics of the song and the video on the conservative side (premise-wise, that is).

If you haven’t heard the complete works of this player just yet, I would recommend starting with this song and then indulging in every stitch of material his discography has to offer, as it’s the perfect introduction to what Sonarpilot appears to be all about. I like how unforced every element of his artistry is in this single and its companion video, and with any luck, the features here will become more of a calling card for his sound than they are in this specific release. He has the right moves, and I can’t wait to hear what he does with them next.