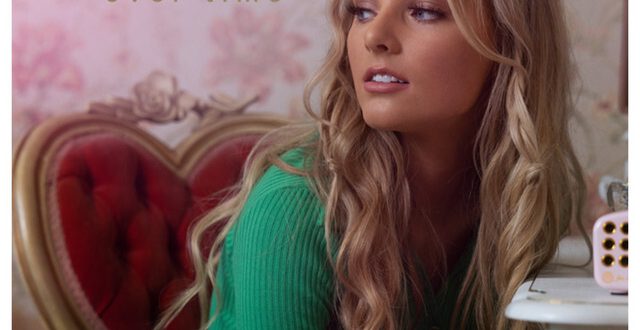 Elevating both her vocal and the mood it creates with every melodic word it unfurls, Queeva attacks the hook in her new single “Over Time” as though it were the most important adversary she’d ever come in contact with inside of the studio. Splicing pop and country together in liberal doses, Queeva isn’t giving us her standard brand of hybrid harmonies in “Over Time;” on the contrary, I think she’s offering up what could be her most mature performance of the last five years in this single. She aims to please, and in my view, she hit another grand slam with this latest number.

Queeva has been called swaggering by quite a few critics in the past, but I would be lying to you if I said this wasn’t another bar-raising release in this particular department. From the moment she starts to sing forward, there’s never any debate as to who is in charge around here – her confident prowess is so powerful that it contributes as much to the narrative as any of her actual verses do. She’s using her attitude as well as the atmosphere of the music in the mix to shape a song, and for an indie player, that’s quite exceptional, to say the least.

“Over Time” is a single defined by the moodiness of its instrumental melodies, but were it not for the commanding profile of Queeva’s voice, I’m not convinced any of the backdrop would be as formidable as it is in this instance. It takes a potent lead vocal to lead us through the sting of the chorus in this track, and although this is one singer/songwriter who has proven she can handle as much and more in the past, she’s showing us once more that backing down from a challenge simply isn’t in her DNA. If anything, she appears to thrive in a lot of situations that would leave the majority of her peers both in and far removed from the country music underground unsure of what to do.

The lyrics in this single aren’t quite as important as the way they’re delivered unto us, and I would point to the ache of Queeva’s harmony in the first stanza as evidence supporting this argument. Her words, when taken at face value, are poetic but ultimately rather simplistic next to the sophistication of the muted swing (and the way she’s using it for her own artistic needs here), allowing for her singing to be the key agent of colorization – and the most vital element for us to behold in “Over Time.”

Longtime fans are going to be especially head over heels for what Queeva has developed in this latest single, and while I was fairly certain I’d like what I heard in “Over Time,” I’m always surprised by how adept this songstress is when she’s performing in her element. Neither Hollywood nor Nashville has seen anyone like her in a generation, and if given the right opportunities to achieve exposure on a grander scale, I think her sound has the potential to catch on not only with country-inclined audiences but with those who love great pop music as well.