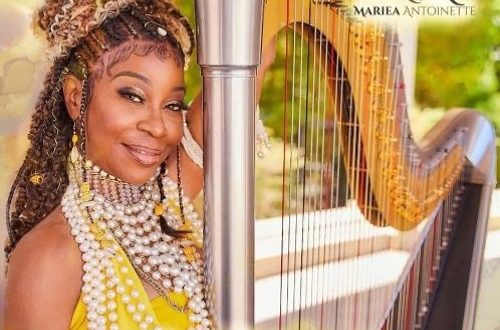 Those who love real, brooding instrumental music have been left hungry for something to satisfy that sweet spot for far too long now, but answering their prayers this winter is an artist by the name of Mariea Antoinette, whose latest single in “So Amazing” is as emotive as true music outside of the classical lexicon can be without losing its creative center. “So Amazing,” as a music video, is a love letter to harmony and implied romance, and, more specifically, the themes she’s incorporated into her work thus far, but I wouldn’t call it a work of self-indulgence. There’s a desire to be vulnerable beneath the surface cosmetics in this single, and if we listen closely enough, there’s an intricately-carved groove present just begging for us to acknowledge its story alongside that of the harp.

I don’t find anything about the gentle beat of the percussion in this song to be even remotely pretentious, but I can see where some of this songstress’ rivals might take away something a little different than I did. The swagger from the harp is a massive element here, but there’s no competition between the different elements for the lion’s share of our attention. From the moment we press play to the second in which the music disappears from our speakers altogether, it’s obvious this is a multilayered effort because it feels like one. Antoinette is leading the charge, and her play’s muscularity drives the climax to the audience with more tenacity than anything else.

Mariea Antoinette’s best quality as an artist and creator is her anti-filler attitude, and if there were critics not acknowledging this before the release of “So Amazing,” I think they’re going to be making it a focal point of their breakdowns for this most recent studio recording and its music video. There’s not a stitch of unnecessary content in either the single or the visual experience created in support of its arrival; the imagery focuses on expanding the theme suggested in the music itself sans traditional lyrics, and although it touches on some elements of controversial hybrid aesthetics within jazz and classical music themes, it doesn’t dive into anything so distractingly experimental that we’re left unable to focus on what matters here. This performer is all about celebrating her melodies, which is something that I predict will take her quite far in the coming years.

The mainstream might be falling short when it comes to keeping us true music aficionados happy in 2022, but the indie scene – and especially artists like the mesmerizing Mariea Antoinette – are doing everything she can to keep music’s eternal flame ablaze in songs like this one. “So Amazing” has the look of a revolution for its genre and the feel of an homage to a bygone era in music history, and it also says a lot about where this artist is already at. I’m game for more of her content, and I cannot wait to hear what she can do with a full-length studio album.

Previous Single Review: Queeva – “Over Time”
Next THE ZACH WATERS BAND Releases Official Lyric Video for “Right Back At It”!